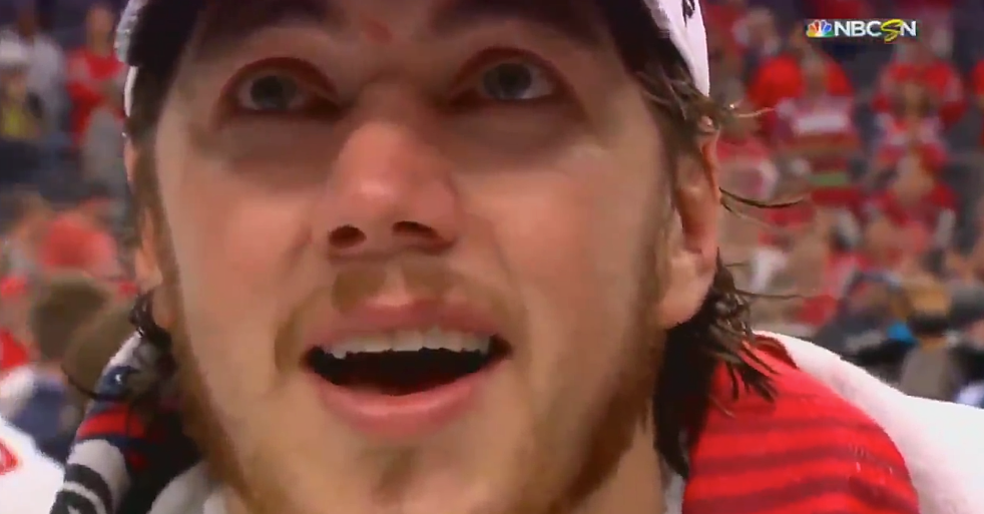 Oshie said his dad has Alzheimer’s but will remember this win.

When asked how the win felt, Oshie started crying while talking about his father who has Alzheimer’s.

“My dad doesn’t remember a lot of stuff these days,” Oshie said. “But I tell you what, he’s here tonight…this one will stick with him forever.”

Oshie and his dad were seen hugging on the rink after his interview.

The Capitals won their first Stanley Cup in franchise history with a 4-3 victory over the Golden Knights in Game 5 in Las Vegas on Thursday.