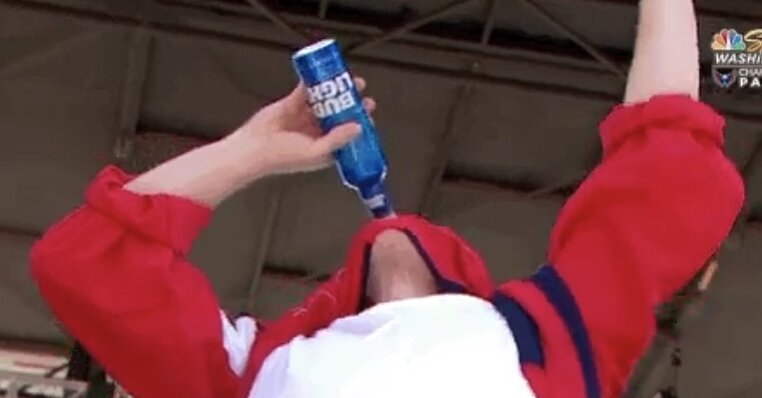 Oshie also poured beer on himself at the Stanley Cup parade.

Capitals right wing T.J. Oshie chugged a beer through his jersey at the Stanley Cup parade.

The Capitals celebrated the franchise’s first Stanley Cup victory on Tuesday with a parade through Washington, D.C. The parade ended with a rally at the National Mall where Oshie knocked back his beer and Jakub Vrana danced for the crowd.

Over 100,000 fans were expected to fill the streets of D.C. to watch the parade.