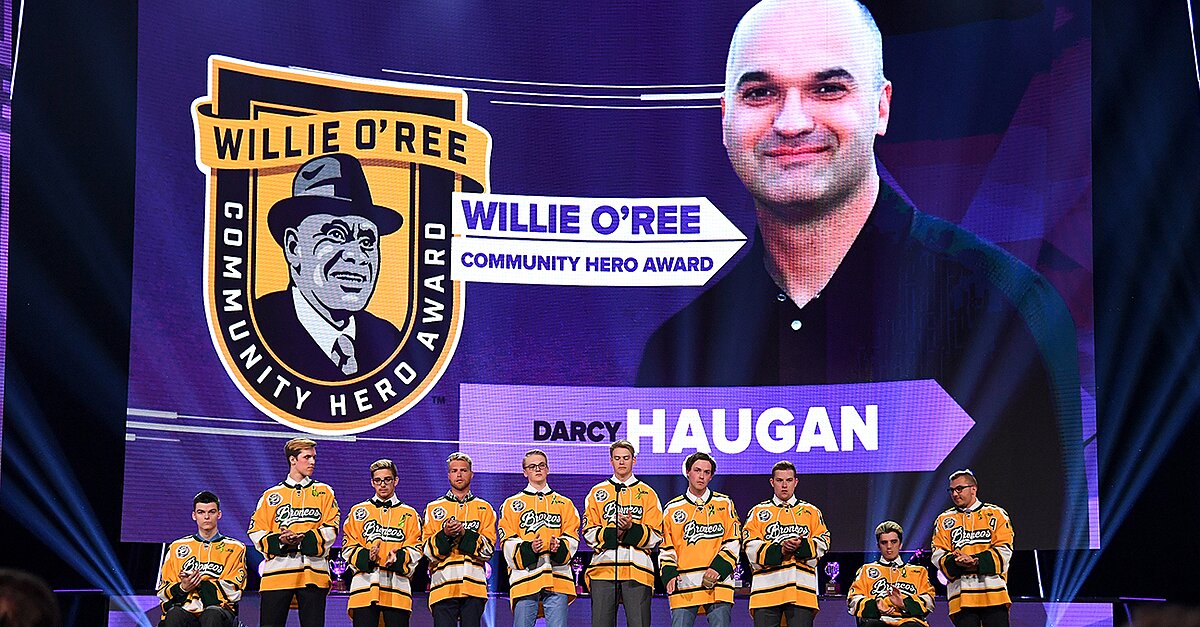 Surving players of the Humboldt Broncos junior hockey team were honored Wednesday at the NHL Awards.

Surviving players of the Humboldt Broncos junior hockey team were honored Wednesday at the NHL Awards.

On April 6, a semi-trailer crashed into the bus of the Canadian junior hockey team in Saskatchewan, Canada. Of the 29 people on board, 16 died, including 10 players.

On Tuesday, 10 of the surviving 13 players reunited for the first time since the crash, with nine of them flying into Las Vegas on Monday before one final player joined them Tuesday, according to the Canadian Press.

Then Wednesday, the team was honored and surviving players were introduced by name before those in attendance came on stage to a standing ovation.

There was also a video tribute to the team.

Humboldt coach Darcy Haugan, who was killed in the crash, was recognized with the inaugural Willie O’Ree Community Hero Award, which goes to “an individual who — through the game of hockey — has positively impacted his or her community, culture or society.” Haugan’s widow, Christina, accepted the award on his behalf.

Since the crash, the NHL has rallied around the team and a GoFundMe for the Broncos raised over $15 million.