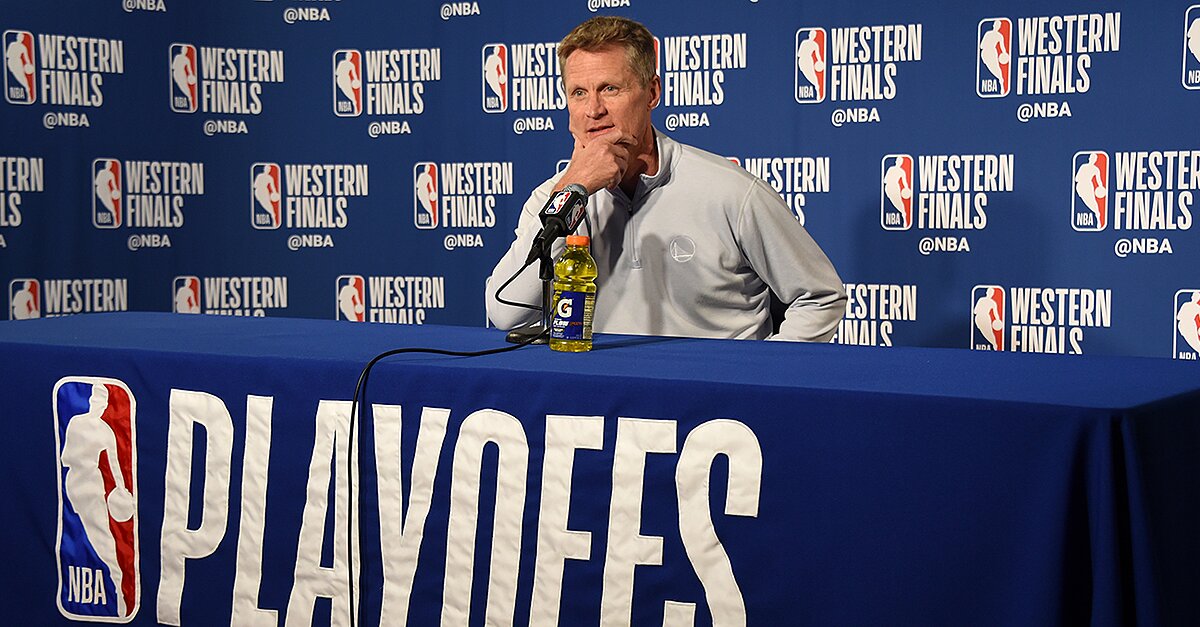 Steve Kerr said he’s a proponent of pushing the ball rather than taking a timeout.

Steve Kerr explained in the postgame press conference why he didn’t call a timeout in the final seconds of the Warriors’ 95–92 loss to the Rockets in Game 4 of the Western Conference finals on Tuesday.

Klay Thompson took what appeared to be the final shot for the Warriors, but Shaun Livingston fouled Chris Paul on the rebound. Officials determined there was still time on the game clock before the shot clock expired, giving Paul the chance to shoot the free throw.

Kerr said that despite what happened, he’s a proponent of pushing the ball rather than taking a timeout.

Stephen Curry also explained how he saw the last few seconds play out.

“I heard Draymond yelling for a timeout,” Curry said. “Klay thought he could get a shot off. It’s basketball. So many bang-bang plays.”

The series is now tied at 2-2. Houston hosts Golden State on Thursday for Game 5.