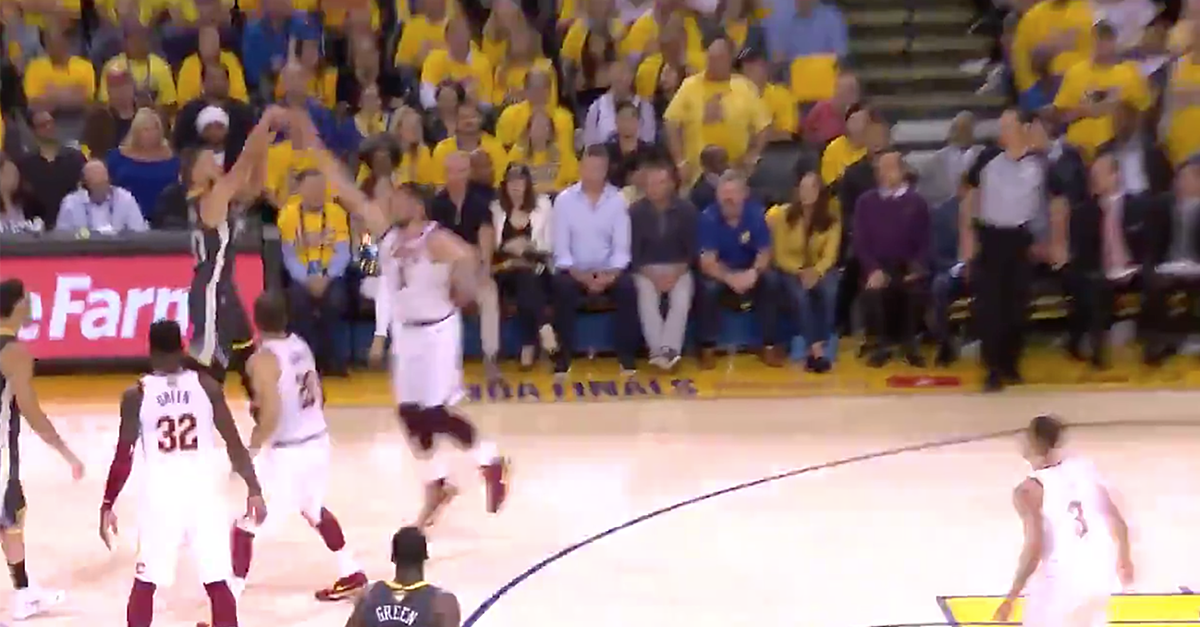 Stephen Curry hit a barrage of threes in the fourth quarter of Game 2 against the Cavaliers on Sunday to secure the Warriors’ 122–103 win.

The Warriors point guard’s fourth-quarter performance put the game away against the Cavs, who were down by 10 at the end of the third quarter.

The Cavaliers host the Warriors in Game 3 on Wednesday at 9 p.m. ET.