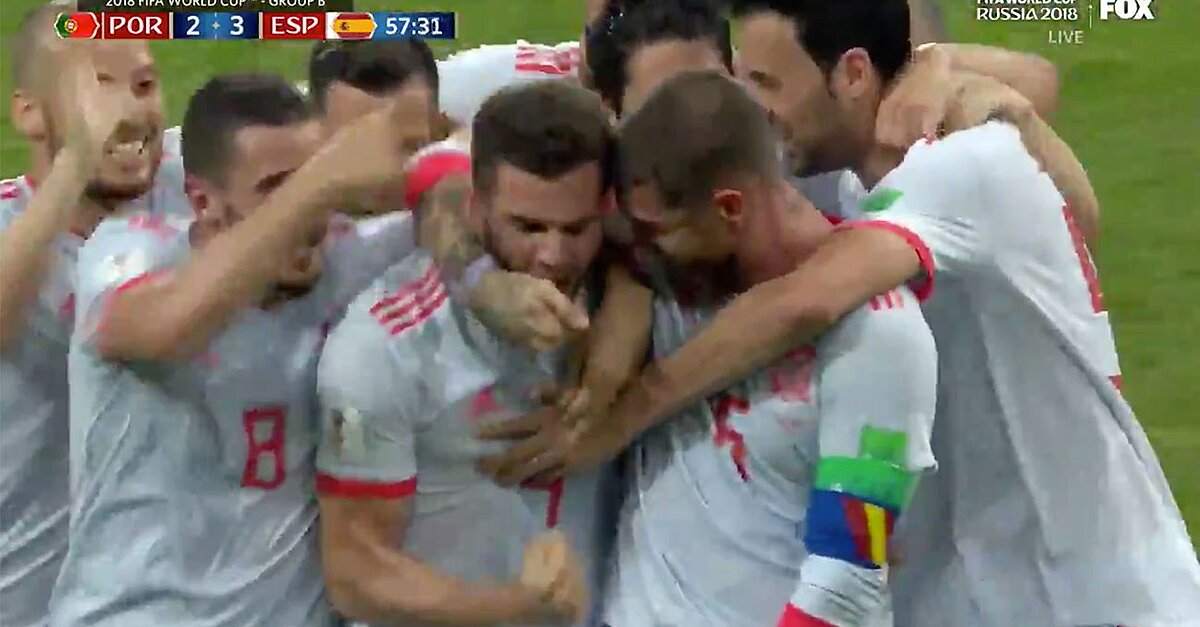 Nacho hit one of the most impressive goals of the World Cup thus far.

Spanish defender Nacho scored a goal that will surely be a highlight of the tournament against Portugal on Friday, sending a brilliant strike into the bottom right corner of the goaland past the diving Rui Patricio.

The defender made up for his earlier mistake of giving Cristiano Ronaldo a penalty with the beautiful first-time shot from outside the box.

Watch the goal below.

Nacho’s kick just barely crazed the inside of Patricio’s right hand post and managed to find the net.

Nacho enjoyed a breakout season for Real Madrid, serving primarily as a central defender. In seven seasons with the club, he has won three Champions League trophies.