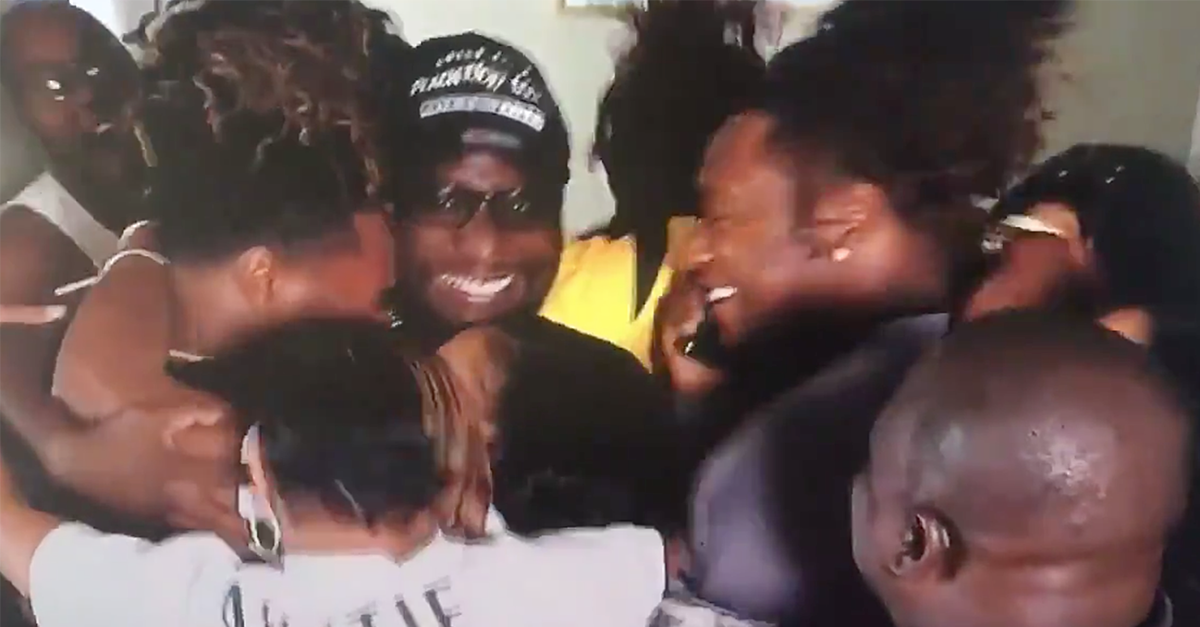 The pick reunites him with his twin brother Shaquill, and there was an amazing reaction when they all found out.

Shaquem Griffin was selected at No. 141 in the fifth round by the Seahawks on Saturday.

The pick reunites him with his twin brother Shaquill, and Shaqueem and family and friends had an amazing reaction when they found out.

It’s the first time brothers were drafted by the same team since 2001, when the Titans took cornerback Andre Dyson and wide receiver Kevin Dyson, according to Elias Sports Bureau.

The two brothers played together at Central Florida before Shaquille was drafted by the Seahawks last year.

The 6’1”, 227 pound 22-year-old Griffin was also the subject of an SI TV documentary based on a Sports Illustrated story from Andy Staples story that provided an inside look at his journey to UCF, where he became one of the nation’s top defenders.