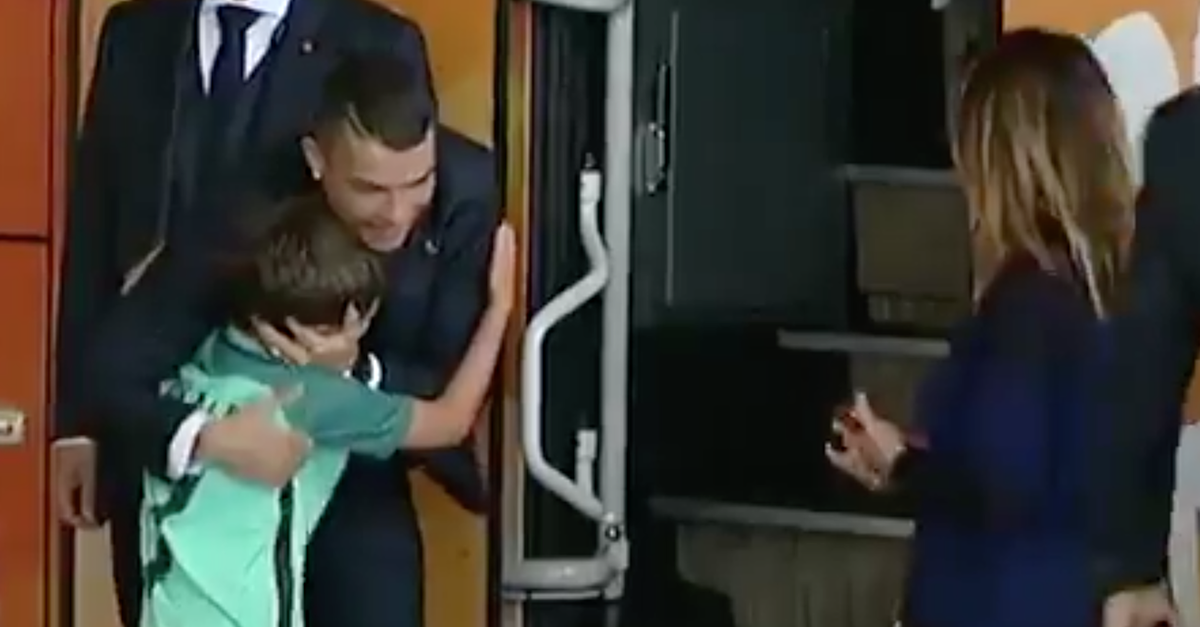 A heartwarming gesture from Ronaldo.

Cristiano Ronaldo is a man of the people.

As Portugal departed for the World Cup, fans lined outside the busses in hopes of meeting their favorite players.

One young fan appeared visibly upset that he was not able to meet his hero, Ronaldo. But Cristiano made sure to make the young man’s dereams come true.

What a heartwarming gesture by Ronaldo.

Coming from a poor, underpriviledged family himself, Ronaldo knows the importance of heroes and never fails to give back to his fans and community.

His long list of charity contributions include over $700,000 to the Make-A-Wish foundation and a generous donation to Save the Childen for food, clothing and medical care for Syrian children.