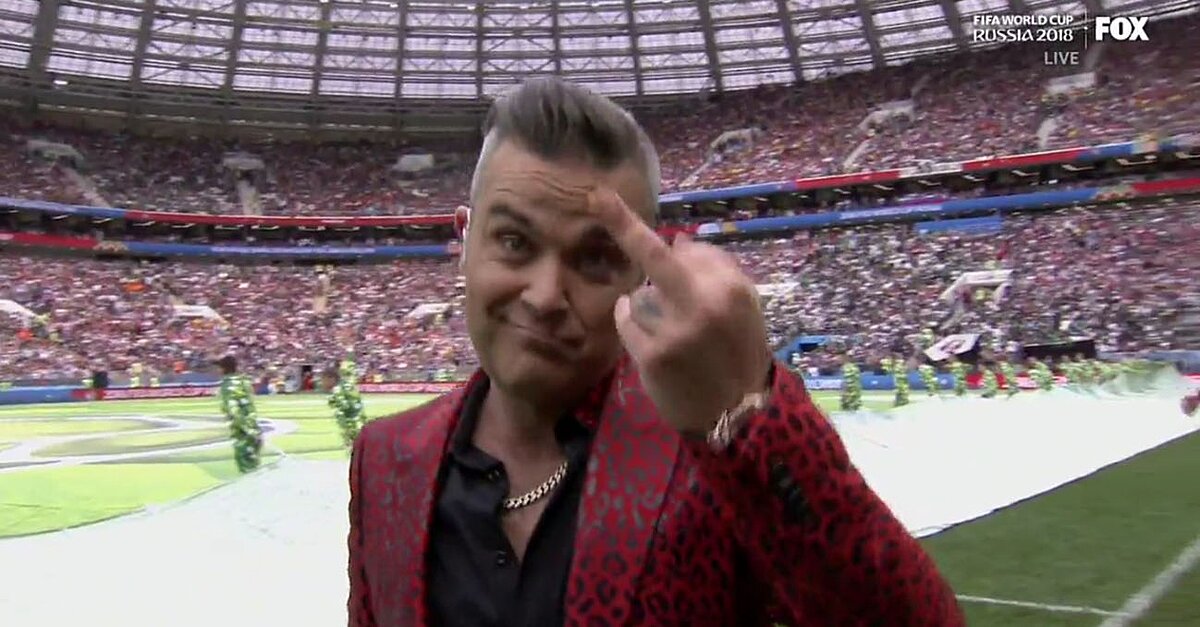 Robbie Williams made an interesting hand gesture during the World Cup opening ceremony.

The World Cup is finally here and before the host nation Russia and Saudi Arabia took the pitch to open play in Group A, English pop star Robbie Williams performed for the tournament’s opening ceremony.

During his performance though, the 44-year-old decided to look right into the camera at one point and give the middle finger.

What exactly his motivation was behind the gesture will remain a mystery until he speaks on it, but for people who were tuning in to see soccer’s biggest tournament, it was certainly a surprising sight.

Check out a quick clip of Williams’ performance feature his middle finger below.

So, that is how the World Cup got started Thursday.