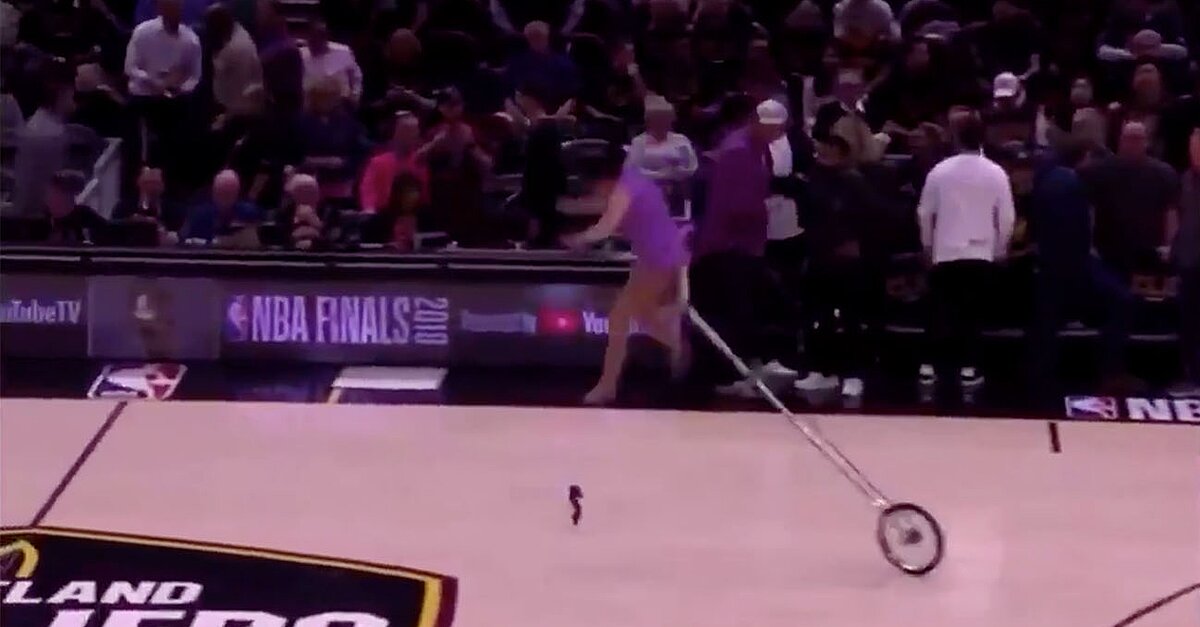 Red Panda took a fall from her unicycle at Game 3 of the NBA Finals in Cleveland on Wednesday, shocking fans.

Red Panda (real name Ron Niu) is an acrobat known for catching bowls on top of her head, and Niu is a frequent halftime performer at NBA and college basketball games.

Poor Red Panda ran into a rough patch earlier this year when her custom 7-foot unicycle was stolen.

Here’s hoping she’s OK, and Cavs fans don’t get mad at her if the game goes the other way.