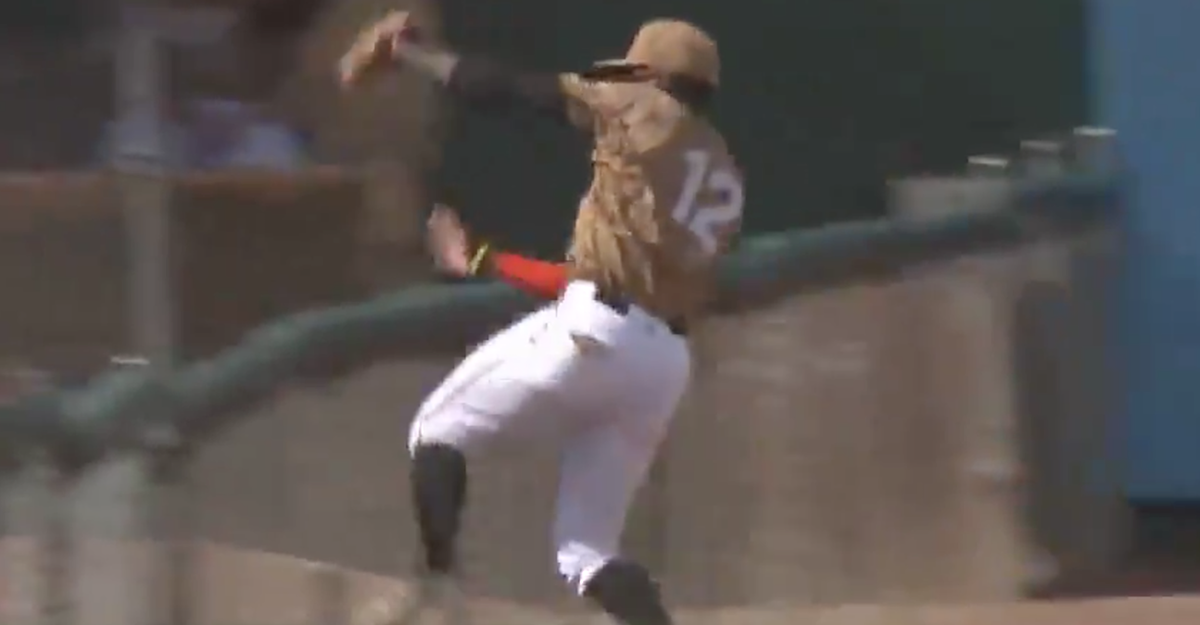 Texas Rangers Minor Leaguer Eric Jenkins, who currently plays for the team’s Advanced-A affiliate, made one of the catches of the year on Sunday, flipping over the wall while holding onto the ball.

Jenkins was drafted in the second round of the 2015 First-Year Player Draft draft out of West Columbus High School in North Carolina.

Take a look at his incredible catch below.

The 21-year-old is batting .275 with three home runs and 21 RBIs in 44 games across the Minor League this season.

He also made a spectacular catch earlier this season, robbing the opposing team of a home run.