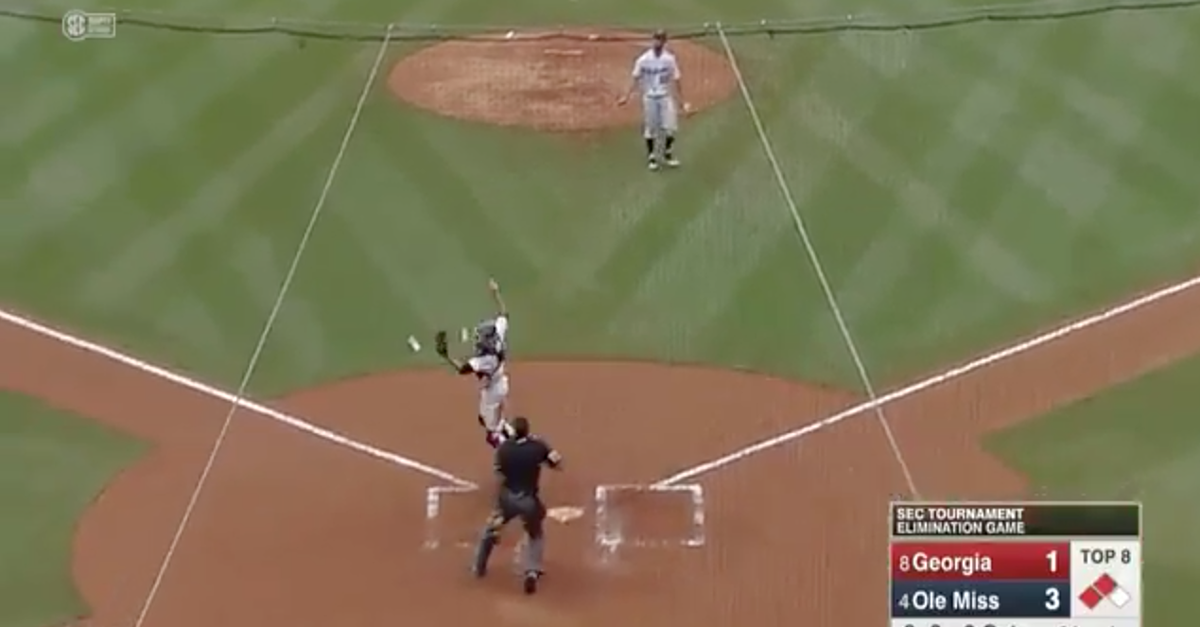 Ole Miss pitcher Parker Caracci is pretty good at throwing a baseball from 60’6″—he has a 1.85 ERA in 43 2/3 innings this season, with 68 strikeouts and only 10 walks—but taking a couple steps forward apparently makes him uncomfortable.

Caracci was brought in to protect a lead in Thursday’s SEC tournament elimination game against Georgia and appeared to have worked himself out of a jam when he induced a comebacker with two outs in the eighth and runners on second and third. But Caracci’s throw home was wild and allowed both runners to score, tying the game.

It seems like a simple play to make for a high-level player to make but the pressure can get to anybody.

The error came very close to dooming the Rebels, as Georgia’s L.J. Talley hit a go-ahead homer in the 10th but Ole Miss’s Thomas Dillard and Tim Rowe drove in runs in the bottom of the 10th to walk it off.