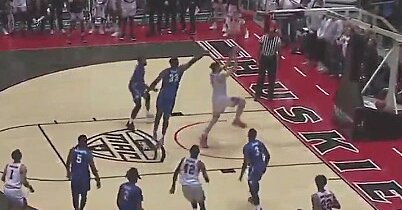 With two seconds left, McCarty cut through two defenders to score on a wide-open layup and put the Huskies ahead 77–75.

Buffalo was down 73–69 with 1:18 left on the clock when it called a timeout. Bulls senior CJ Massinburg hit three free throws with 48 seconds left to bring the game within three points. Seconds later, Massinburg tied the game with a three-pointer, but it wasn’t enough to hold off the Huskies.

Tuesday night’s loss is only the Bulls’ (17–2) second for the season, snapping their six-game winning streak. Their first defeat came against Marquette on Dec. 21.

Buffalo heads to Kent State on Friday next, while Northern Illinois (11–8) will travel to Akron on Saturday.