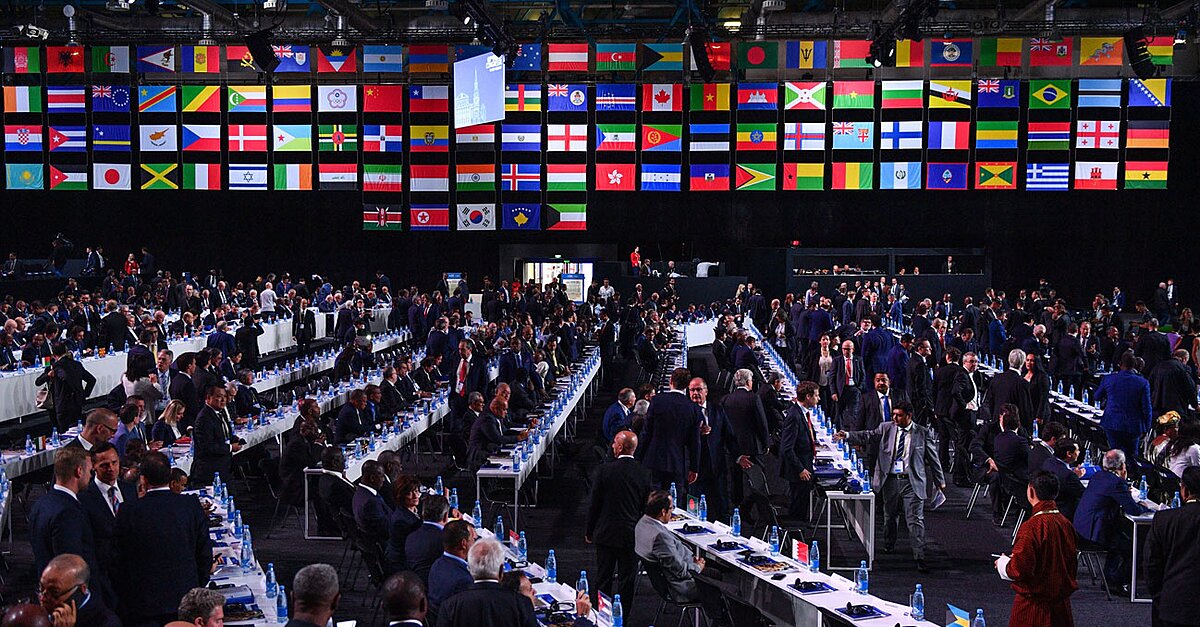 FIFA’s voting nations will decide that either North America or Morocco will host the 2026 World Cup.

Either North America or Morocco will earn the right to host the 2026 World Cup when the vote is conducted at the FIFA Congress in Moscow.

The USA’s joint bid with Canada and Mexico is hoping to bring a fourth men’s World Cup to North America, with Mexico hosting twice previously in 1970 and 1986 and the USA hosting in 1994. The Americans’ bid to host 2022 was usurped by Qatar in the vote in 2010, and it’s been a long eight years for the right to bid again to bring the showpiece event back.

Morocco poses a genuine threat, though, despite FIFA evaluators scoring the North American bid a 4.0 out of 5.0 and Morocco a 2.7 out of 5.0 on a scale of a number of metrics, risks and pros/cons.

You can watch the FIFA Congress for the vote and its results below.

The vote comes on the eve of the 2018 World Cup in Russia, with the host nation opening up against Saudi Arabia on Thursday at Luzhniki Stadium in Moscow.