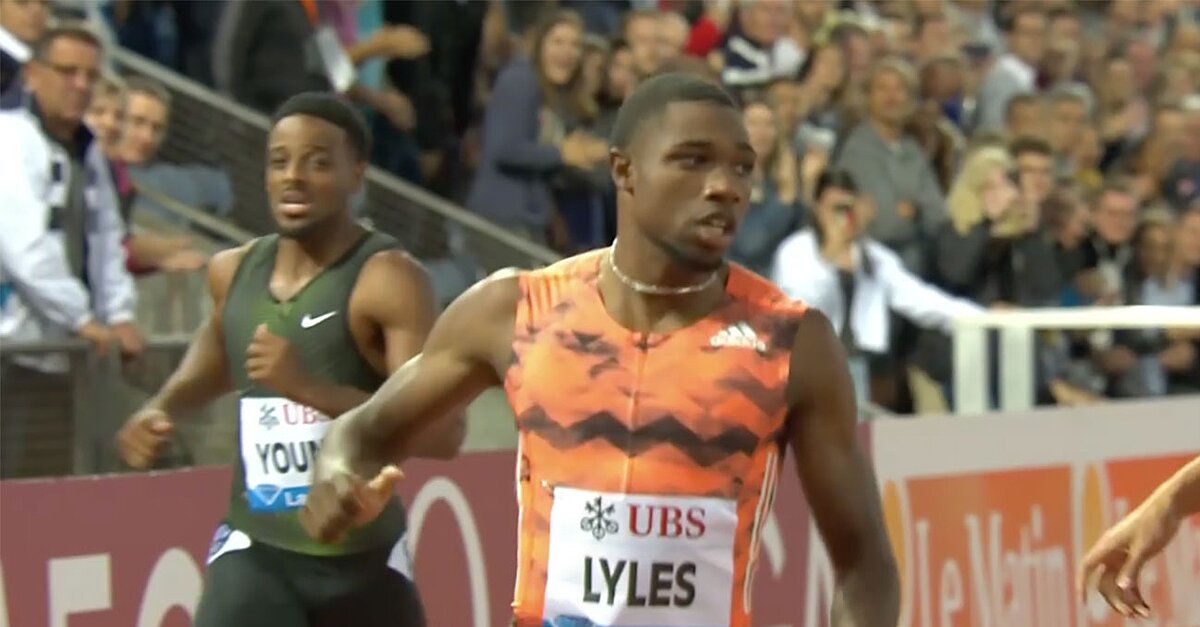 In what could arguably be the best matchup of the 2018 track and field season, Noah Lyles defeated Michael Norman in the 200 meters at the Lausanne Diamond League Meeting on Thursday afternoon in 19.69. Norman took second in 19.88 in the battle of the two young U.S. sprint stars.

Lyles, 20, has not lost a 200 meter race since April 2017. His resume now includes victories at Diamond Leagues in Shanghai, Doha, Eugene and Lausanne.

Before Thursday’s race, Norman and Lyles last faced eachother in the 200 meter final of the 2016 U.S. Olympic Trials. Both teen stars missed the Olympics with Lyles placing fourth and Norman just .05 seconds behind him for fifth place.

Lyles and Norman did not race each other at the 2018 U.S. Outdoor Track and Field Championships in June since Norman raced the 200 meters and Lyles won the 100 meter national title in 9.88. Norman, 20, did not contest the 200 meter final after a severe rain delay on the last day of competition.

Norman’s season includes a collegiate record of 43.61, which also made him the sixth-fastest man of all-time. He also holds the world indoor 400 meter record of 44.52 at the NCAA Indoor Track and Field Championships in March.

Last month, Norman announced his decision to forego the remainder of his NCAA eligibility at USC to turn professional. Lyles has been a professional since after the 2016 U.S. Olympic Trials.