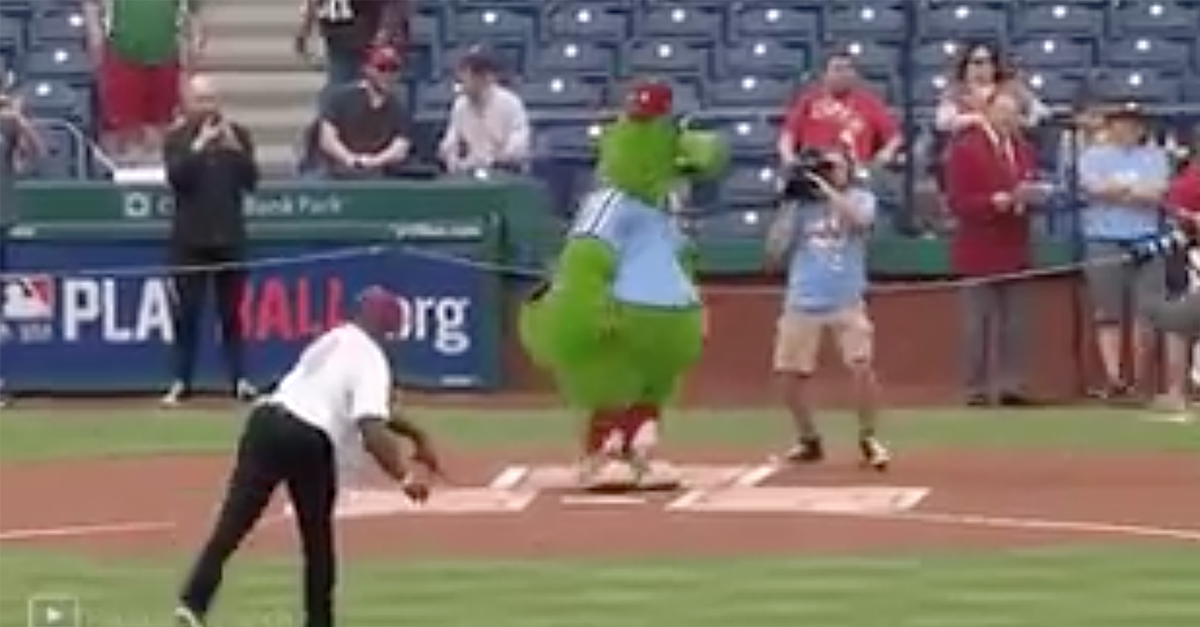 American Ninja Warrior co-host Akbar Gbaja-Biamila threw the ceremonial first pitch of the Phillies game on Thursday, and it didn’t go so well.

American Ninja Warrior co-host Akbar Gbaja-Biamila was invited to throw out the first pitch of the Phillies–Giants game on Thursday.

But it didn’t go so well and the moment quickly went viral.

Gbaja-Biamila tried blaming it on the Phillies and tweeted that the baseball was deflated.

Gbaja-Biamila is a former NFL defensive end, so it’s safe to say his talents are on the gridiron instead of the mound.

But his pitch reminded many of 50 cent’s infamous throw.

The rapper’s pitch is arguably one of the worst and baseball, and has even prompted the Mets to offer a second chance opportunity for him.