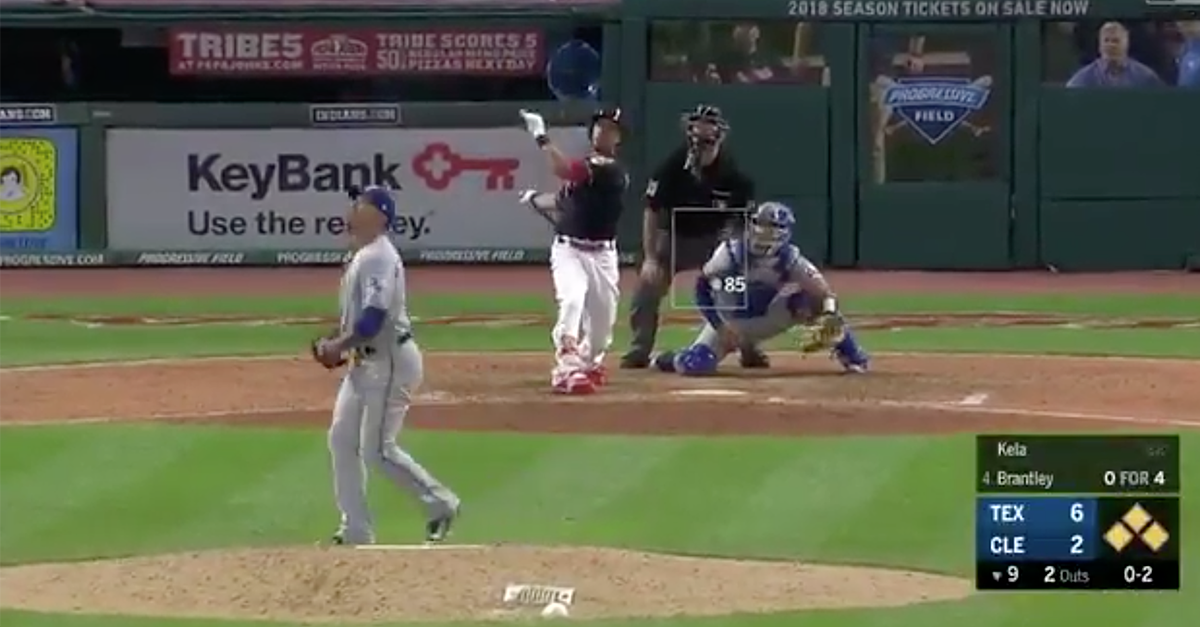 Michael Brantley hit a game-tying grand slam for the Indians in the ninth inning before Cleveland lost in extras Tuesday.

Michael Brantley hit a game-tying grand slam in the ninth inning on Tuesday before the Indians lost 8–6 to the Rangers in the 12th.

The leftfielder’s homer happened in the bottom of the inning with two outs on an 0–2 count to tie the game at 6.

Edwin Encarnacion followed with a single, but Yonder Alonso struck out to send the game to extras.

Back-to-back homers from Joey Gallo and Isiah​ Kiner-Falefa made it 8–6 for Texas in the top of the 12th, and Cleveland couldn’t come back.

The Rangers are now 3–0 in extras, while the Indians are 0–3 in extras this season.