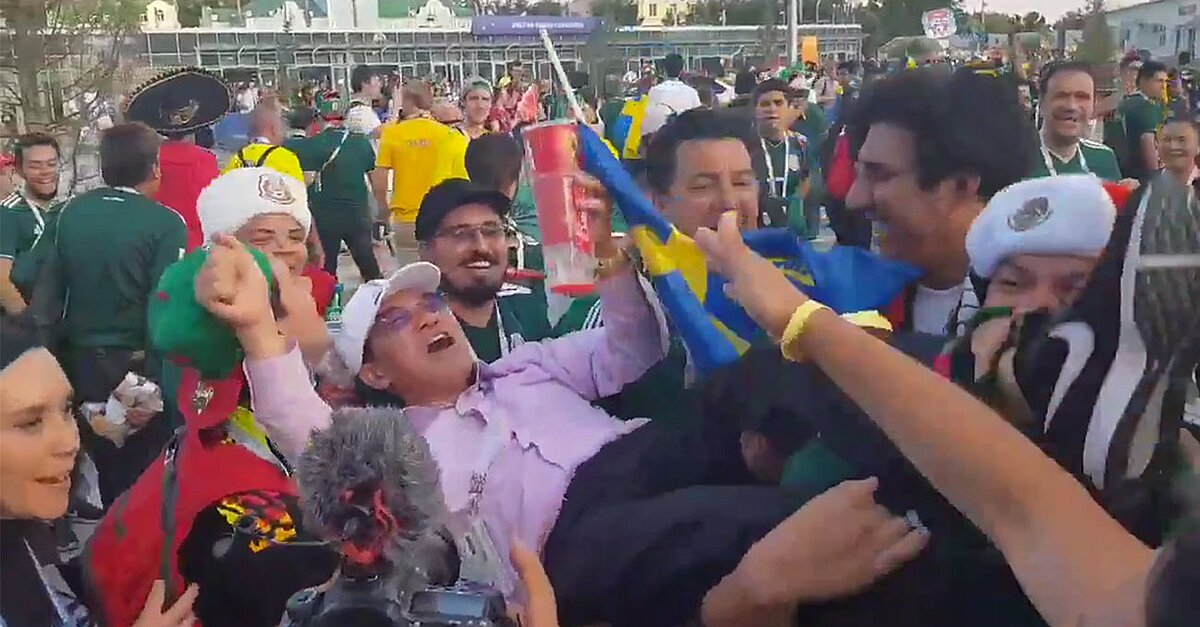 Mexican fans lifted a South Korean fan after the team’s win over Germany lands them a spot in the knockout stage.

Despite falling to Sweden 3-0 in their World Cup group finale, Mexico managed to stay alive and advanced to the knockout stage thanks to South Korea’s shocking 2-0 win against defending champion Germany.

Mexican fans held their breath as the other match held a tie score until the final minutes of the game, when VAR confirmed Kim Young-Gwon’s goal was in fact onside. Had Germany won the match, Mexico would’ve been out.

Fans outside at an Avaya Stadium watch party in San Jose, California, cheered for joy when South Korea made that task essentially impossible in stoppage time.

South Korean secured their victory (and Mexico’s advancement) a few minutes later by capitalizing on an empty net.

Mexican fans had no problem showing their gratitude to South Korean fans. They were all smiles outside of the stadium as they joyfully lifted up a proud South Korean man, while others chanted “Corea!” to pay tribute.

Looking ahead to the round of 16, Mexico will play the winner of Group E, which is in line to be Brazil.