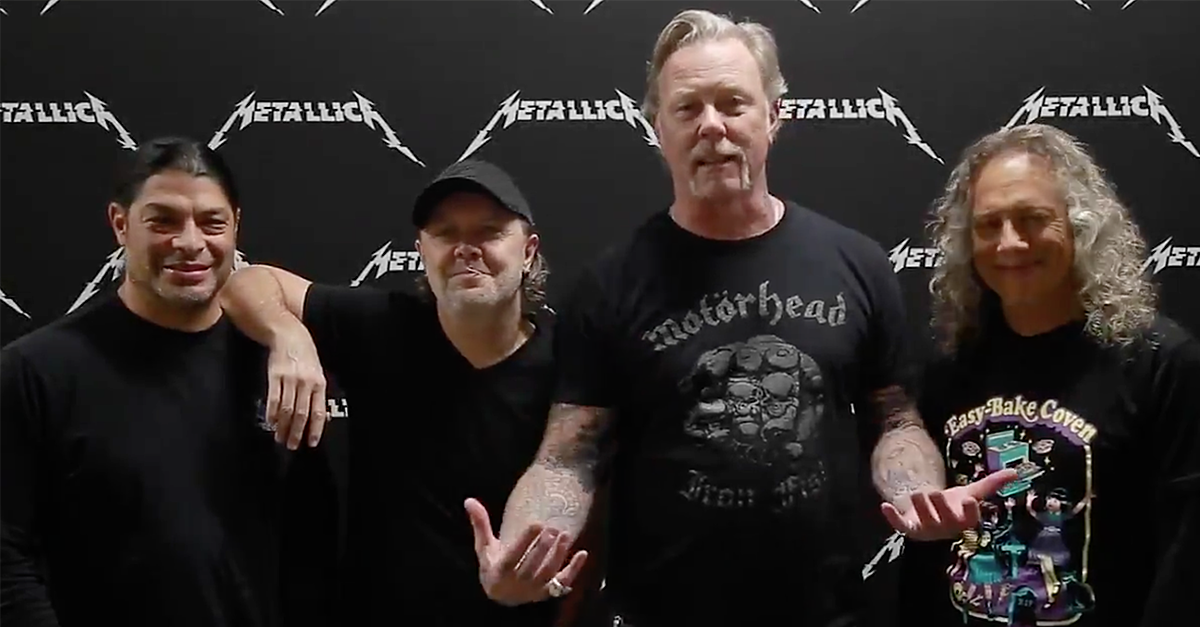 Enter Sandman and enter Mariano Rivera into the Baseball Hall of Fame.

Mariano Rivera became the first player to be unanimously elected to the Baseball Hall of Fame on Tuesday night.

He also earned a congratulatory message from the band Metallica.

Rivera’s theme song was “Enter Sandman.” On Rivera’s last day at Yankee Stadium as a player, the band was there and performed the song in tribute to Rivera as part of his retirement festivities.

So Metallica busted back into the Rivera fan club with a message Tuesday.

Following the message, Rivera said on MLB Network that he’s never been to a Metallica concert, despite the theme.

Rivera recorded an MLB all-time record 652 saves over the span of his 19-year career with the Yankees. He won five American League Rolaids Relief Man Awards and three Delivery Man of the Year Awards, finishing in the top three in voting for the AL Cy Young award four times.

The late Roy Halladay, Edgar Martinez and Mike Mussina were also elected in the 2019 Hall of Fame class. The members of the 2019 class will be inducted into the Hall of Fame on July 21 in Cooperstown, New York.