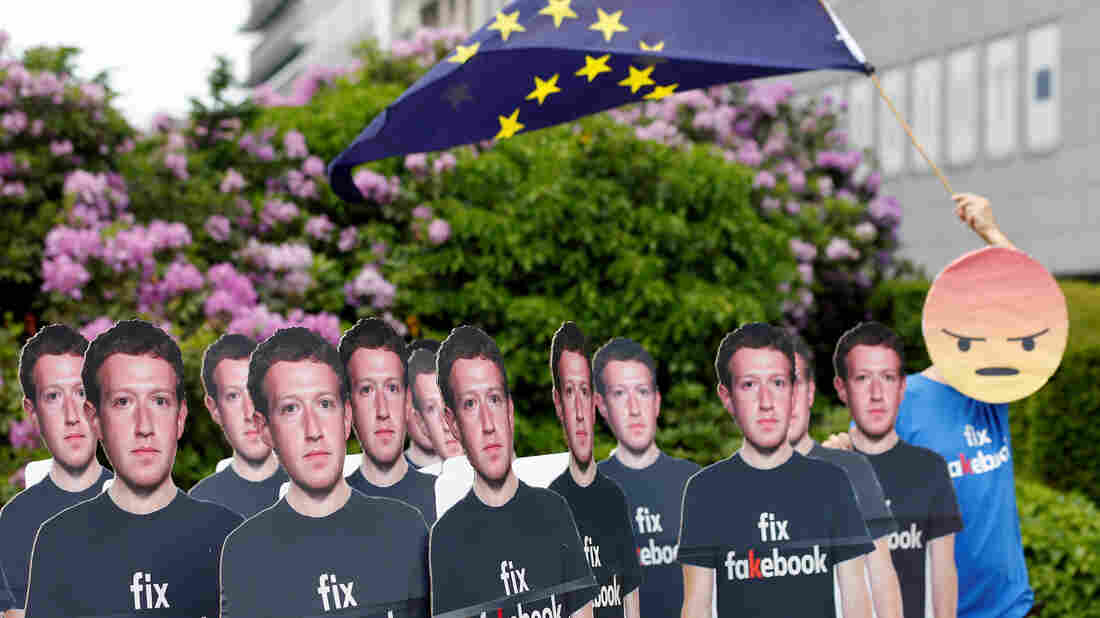 A protester holds a European Union flag next to cardboard cutouts depicting Facebook CEO Mark Zuckerberg, as Zuckerberg and leaders of the European Parliament prepare to meet in Brussels. Francois Lenoir/Reuters hide caption 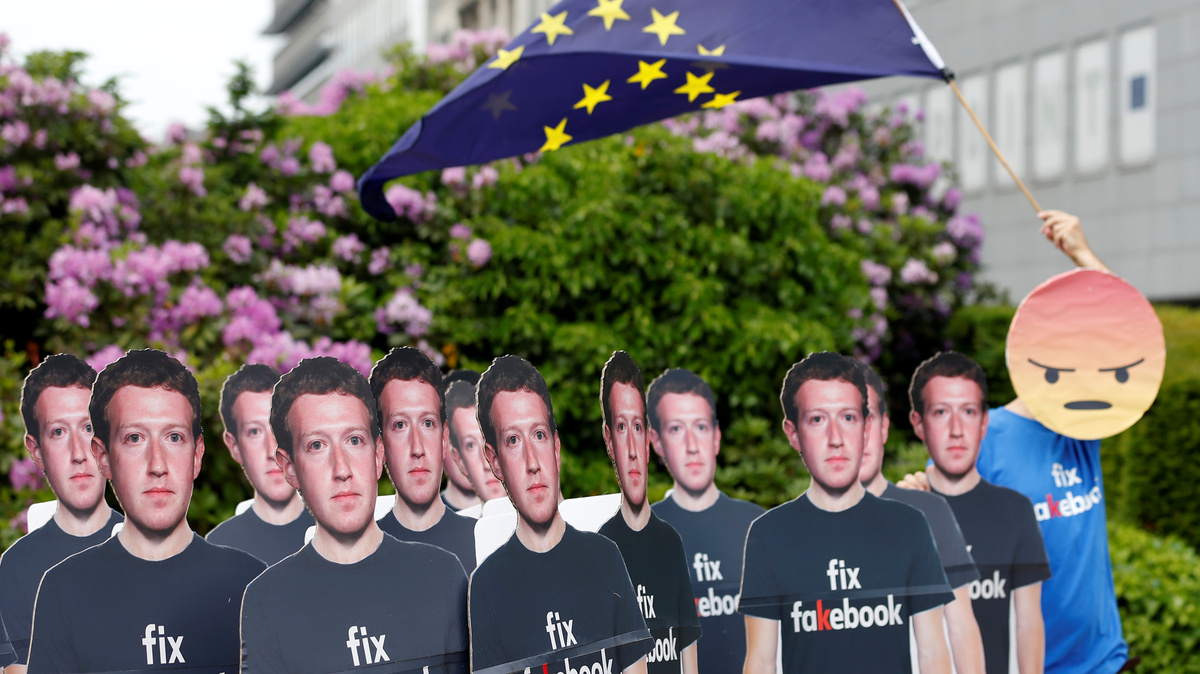 A protester holds a European Union flag next to cardboard cutouts depicting Facebook CEO Mark Zuckerberg, as Zuckerberg and leaders of the European Parliament prepare to meet in Brussels.

Facebook CEO Mark Zuckerberg is meeting with European Union Parliament President Antonio Tajani and other leaders on Tuesday, to discuss allegations that personal data of European Facebook users was misused.

The talks with also touch on the potential impact of social media and privacy worries on Europe’s elections that are slated for next year.

The session started with Tajani delivering an opening speech, followed by Zuckerberg. Next up, according to the EU schedule: questions from EU leaders, and Zuckerberg’s responses. The discussion will close with a statement by Tajani.

Zuckerberg is appearing in Brussels a month after Facebook introduced “new privacy experiences” to comply with EU regulations that are meant to give users more control over their personal data and prevent abuse.

The EU session also follows revelations that the now-defunct data analytics firm Cambridge Analytica used Facebook data to deepen divides among voters, often by exploiting paranoia and racial biases, as a former employee of the company told lawmakers on Wednesday.

“We are the regulators,” Tajani said at the start of the session, describing a new system of operating in the digital market.

Zuckerberg says “it’s also become clear” that Facebook hadn’t done enough to prevent abuse by companies and other entities that use apps to access users’ information.

“I’m committed to getting this right,” he said.

Discussing “important elections globally” over the next 18 months, Zuckerberg said, “We weren’t prepared enough” for the type of social media attacks and manipulation that have now emerged.

This year, Facebook is doubling the number of people working on security, to more than 20,000 employees by the end of 2018.

In addition to concerns about hundreds of millions of EU voters being able to act without worrying about false and warped information and opinions, Tajani said social media companies must also work to prevent being used as tools by terrorists.