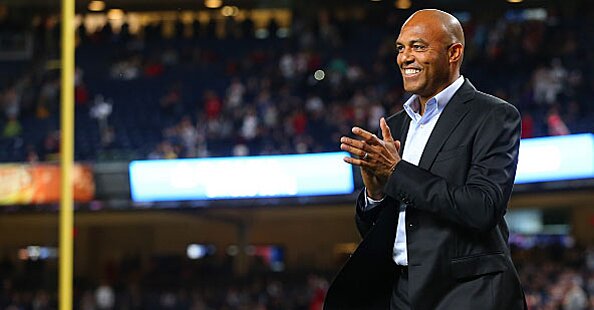 It was a special day for these legends.

Mariano Rivera and Edgar Martinez are bound for Cooperstown.

The Baseball Writers’ Association of America announced the inductees into the 2019 Hall of Fame class on Tuesday, enshrining Rivera and Martinez alongside Roy Halladay and Mike Mussina.

Rivera also became the first player in MLB history to be unanimously voted into the Hall of Fame. The news came to loud cheers within Rivera’s household.

The greatest closer in the history of the game, Rivera tallied an MLB all-time record 652 saves over the span of his 19-year career with the Yankees. Rivera won five American League Rolaids Relief Man Awards and three Delivery Man of the Year Awards, finishing in the top three in voting for the AL Cy Young award four times.

It took 10 years on the ballot for Martinez to get the call, but he too was relieved when he heard the news.

Martinez was a seven-time All-Star who also won two batting crowns during his 18-year career. He totaled 2,247 hits in his career as well as 309 home runs and 1,261 RBIs. In 1995, Martinez’s second year leading the AL in batting average, Martinez led the league with 52 doubles and 121 runs while getting a slash line of .356/.479/.628. It was Martinez’s last year on the ballot to get in and he was voted for on 85.4% of the ballots, a marginal increase from the 70.4% of ballots that voted for him last year.