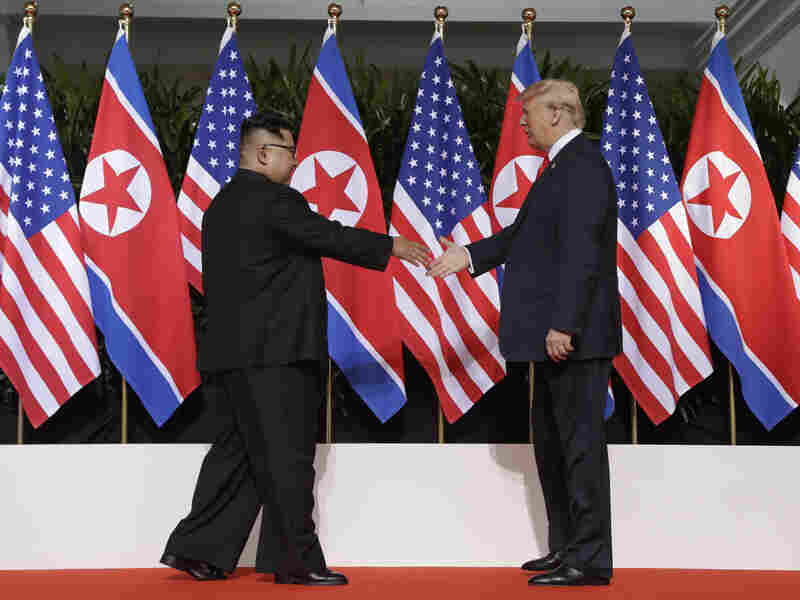 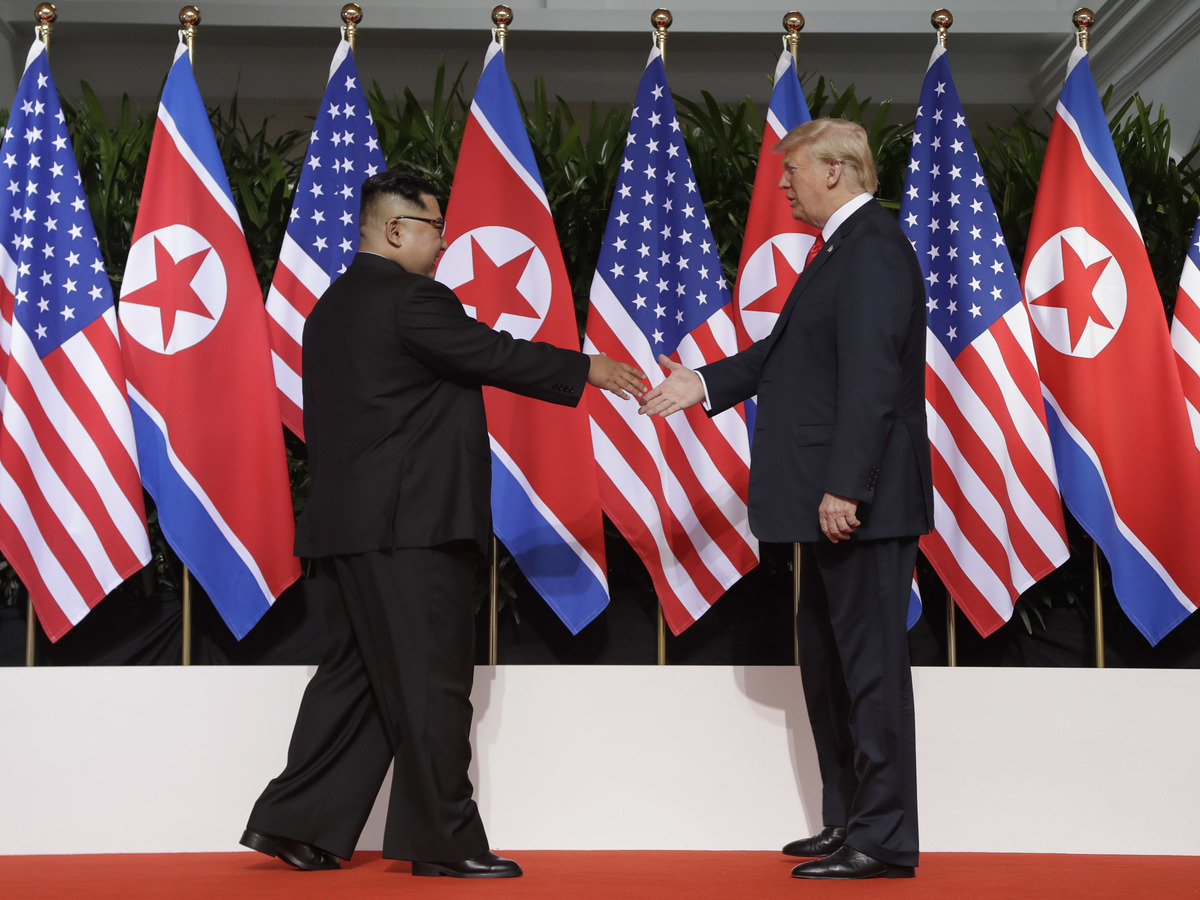 With a handshake in Singapore, President Trump and Kim Jong Un made history Tuesday morning in the first meeting between a sitting U.S. president and the head of the North Korean regime. Both leaders have committed to “denuclearization of the Korean Peninsula,” but it’s unclear what specific steps North Korea is willing to take to get there.

Entering from opposite sides, with U.S. and North Korean flags as a backdrop, the two held a handshake for about ten seconds. Then the two men faced the camera for photos.

“We’re going to have a great discussion. We will have a terrific relationship, no doubt,” the Trump said.

“Past practices and prejudices were obstacles on our way forward, but we overcame all of them and are here today,” Kim said, seated next to the president.

“There were obstacles but we overcame them to be here,” he said, as the two shook hands and thanked each another.

You can watch the two leaders meet in NPR’s live video stream.

Secretary of State Mike Pompeo said Monday the goal remains the complete, verifiable, irreversible denuclearization of the Korean Peninsula, a policy laid out under the George W. Bush administration and continued through the Obama administration to this point. In some instances, past deals struck by previous U.S. administrations with North Korea paused — but failed to roll back — North Korea’s program, which has only grown over the years.