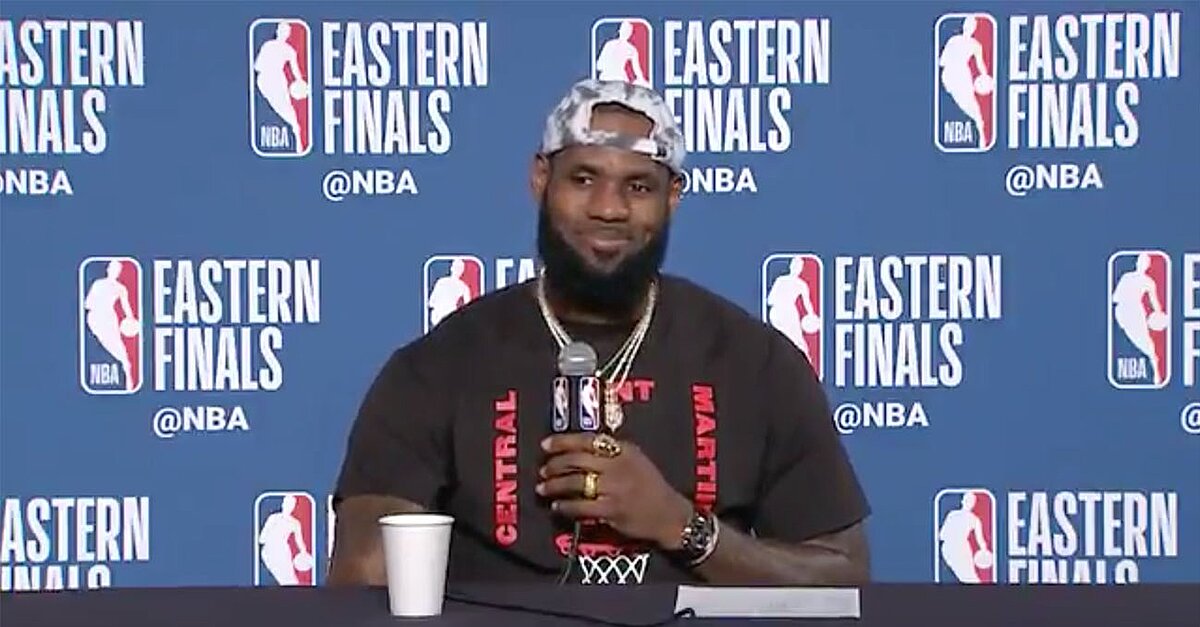 Want an easy way to make LeBron James act like your friend? Talk about how clutch he is.

LeBron James put on a performance for the ages Friday when he posted 46 points, 11 rebounds and nine assists to keep the Cavaliers’ season alive and force a Game 7 in the Eastern Conference finals.

After the game, which was impressive even for LeBron’s standards in elimination games, a reporter asked James about being clutch.

Now, obviously James has plenty of clutch moments throughout his career, but LeBron has been at his most clutch recently. When an ESPN Brazil reporter asked him about being clutch though, he prefaced by noting James has been clutch his entire career, a premise that has not always been agreed on by sports fans.

James had to stop the presser to talk with the reporter and ask his name after hearing the comment.

The Cavaliers head to Boston for a Game 7 that will take place Sunday at 8:30 p.m. ET.