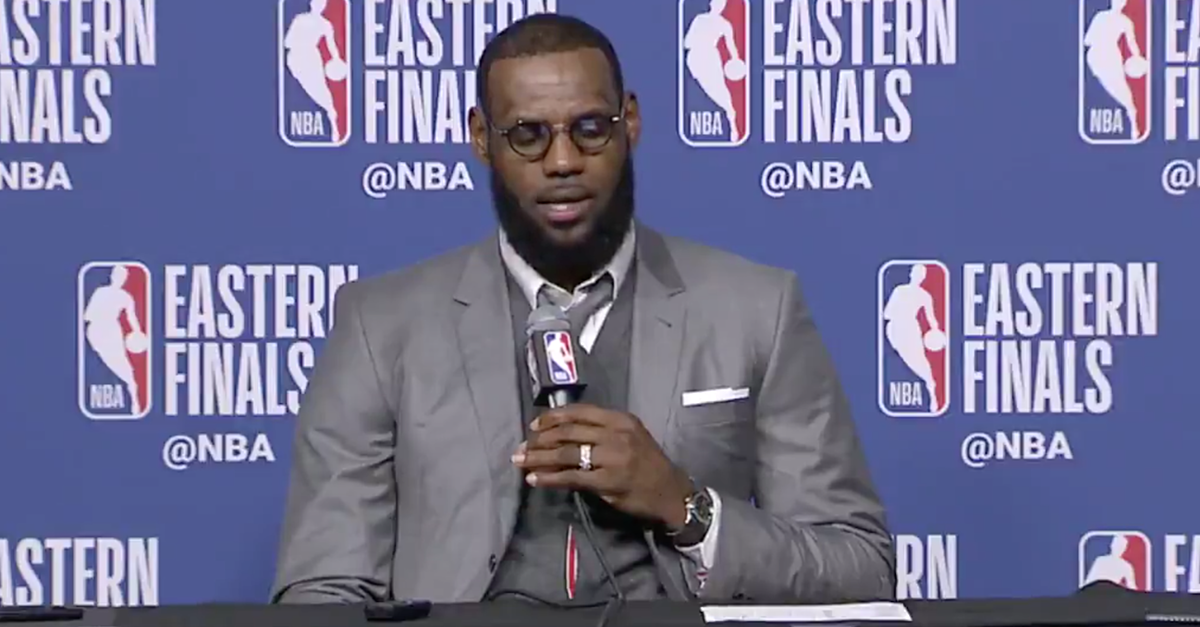 LeBron James is a basketball genius.

Even though the Cavaliers suffered a crushing 108-83 loss to the Celtics in Game 1 of the Eastern Conference Finals, LeBron James proved his mental superiority.

When asked about Boston’s run at the beginning of the fourth quarter, LeBron proceeded to describe the entire run in flawless detail. Seriously. He called out the different offensive and defensive sets, described who passed to who and even described how many seconds were left on the shot clock.

I find it particularly funny that LeBron remembers the exact distance Jayson Tatum ran but stumbled on his teammate, Jordan Clarkson’s name.

I guess when you’re as smart as LeBron is on the basketball court, you can be forgiven for forgetting small details.

The Cavs’ will stay in Boston for Game 2 on Tuesday, and James will certainly keep Game 1 in his memory.