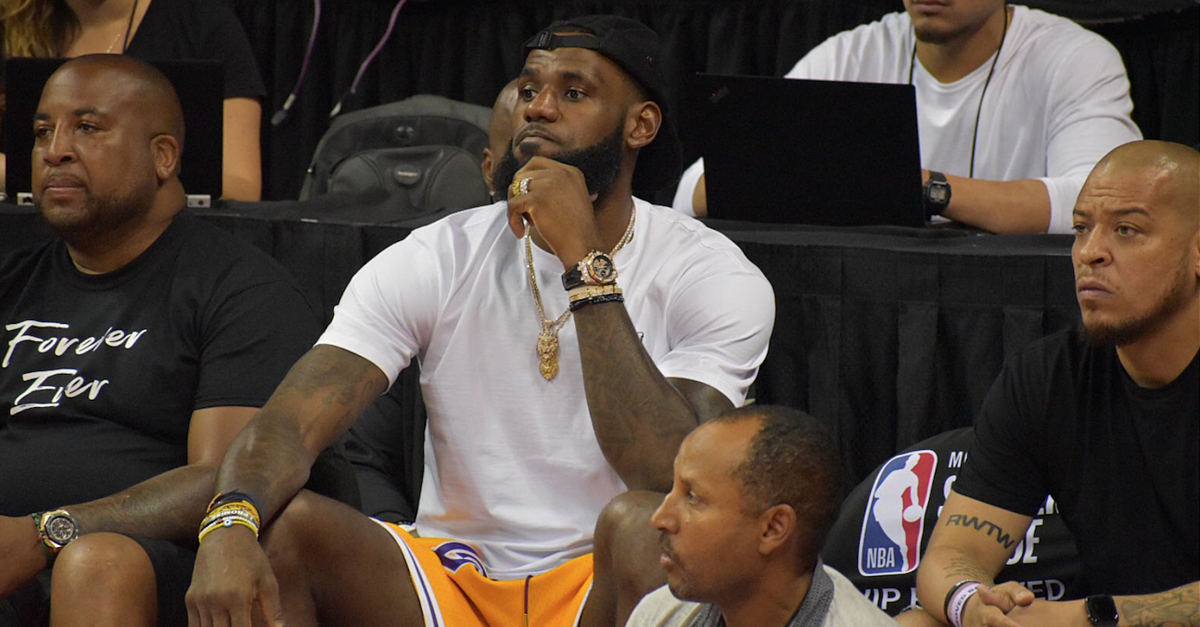 James made his first appearance in Lakers gear since signing with L.A. in July.

Despite multiple vandalizations of a mural celebrating LeBron James’s decision to sign with the Lakers, it appears that fans in Los Angeles are extremely excited to have The King in California.

James attended his first Summer League game of the season on Sunday, watching the young Lakers play in Las Vegas against the Detroit Pistons.

The 33-year-old rocked a pair of Lakers shorts as he entered the arena to a roaring standing ovation. He was joined by teammate Brandon Ingram as the two stars took in the Summer League quarterfinals.

With James at the helm, the Lakers hope their young core of Ingram, Lonzo Ball, Kyle Kuzma and Summer League participants Josh Hart and Mo Wagner can provide an effective supporting cast.