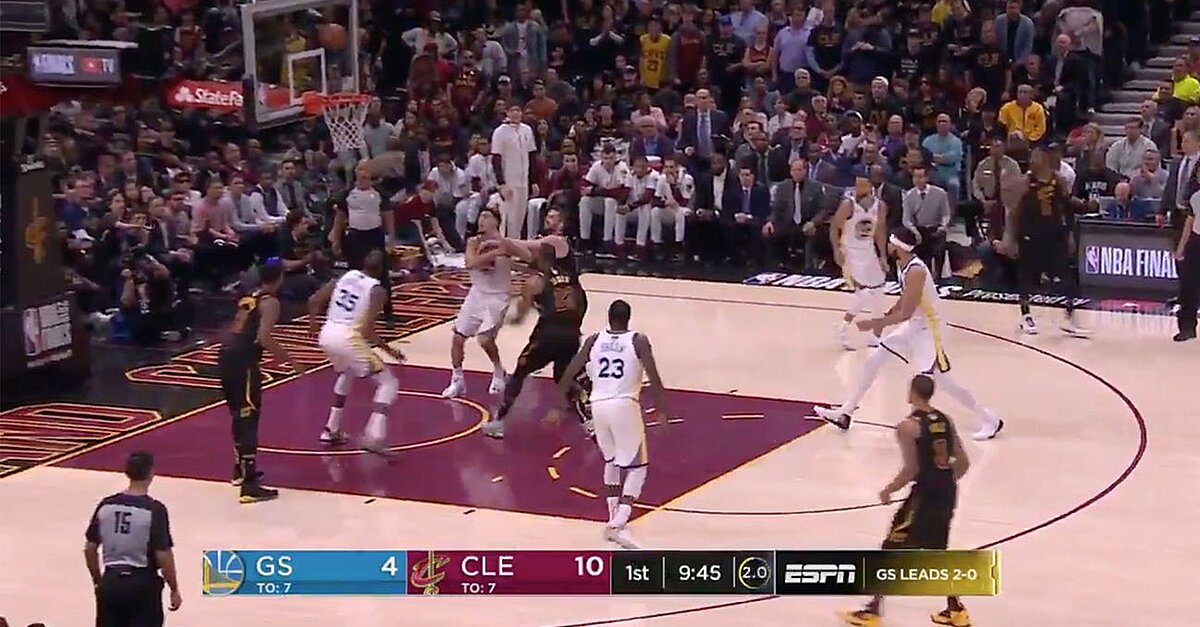 James has been the star of the Cavaliers in the 2018 NBA Finals against the Warriors.

LeBron James showed the Warriors who’s the boss with an insane self alley-oop over dunk in Game 3 of the NBA Finals on Wednesday night.

He made the monster dunk that sent the Cleveland home crowd into cheers early in the first quarter. The move came with just under 10 minutes to play that helped put the Cavs ahead early.

James has been the star of the Cavaliers as they take on the Warriors for the fourth consecutive year. He had 51 points in the team’s Game 1 loss.

The Warriors lead the series 2–0.