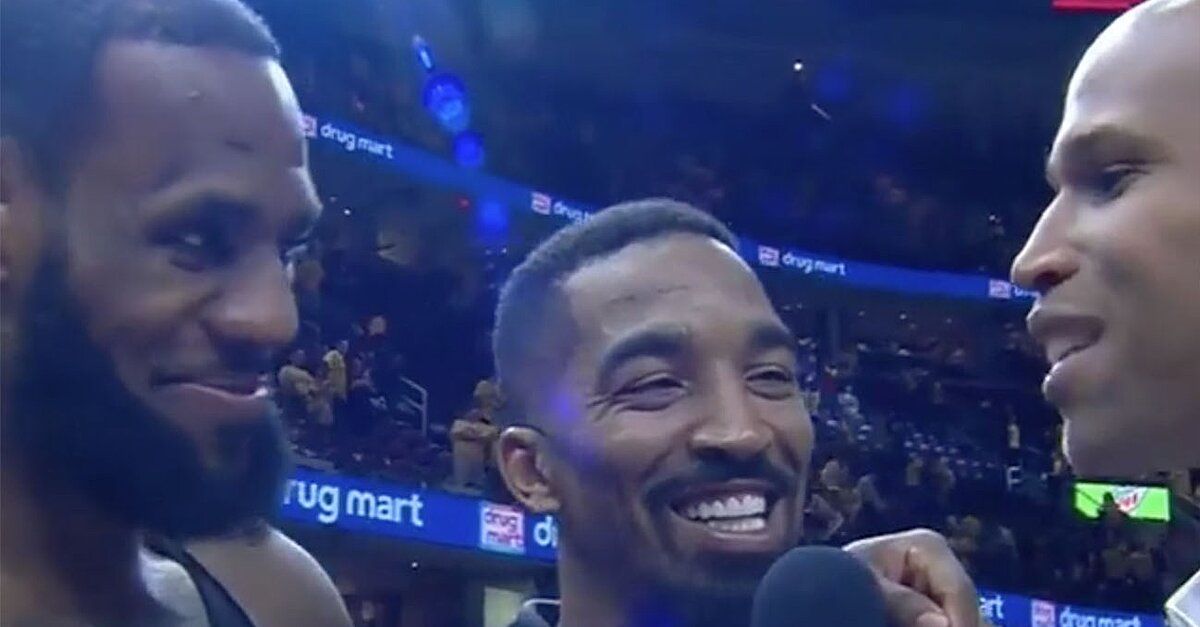 LeBron James, Richard Jefferson and J.R. Smith are just hanging out like their all teammates again.

When you just finished winning your 10th straight playoff game against an opponent, you’re probably walking around with a big smile on your face.

And when the postgame interview is being done by a former teammate instead of the traditional sideline reporter, you’re probably going to joke around even more when answering questions.

It’s common for LeBron James to disrupt his teammates during a postgame interview, but this one was different. Following the Cavaliers’ 128-93 victory in Game 4 over the Raptors to clinch a spot in the Eastern Conference Finals, former Cavalier Richard Jefferson stopped to talk with J.R. Smith for the postgame interview for Fox Sports Ohio. It was Jefferson’s first ever postgame interview as the one asking questions, and his former teammates were ready to enjoy every part of the moment.

Smith opened the interview by laughing about Jefferson being the one asking the questions, and before long, James had shown up to see what was so funny.

Jefferson was teammates with James and Smith during the past two seasons and won a title with them in 2016. He missed out on a shot at the postseason this year as his Nuggets were eliminated from playoff contention with a loss to the Timberwolves in the last game of the season.

But maybe he will get to watch some of his old teammates celebrate a championship while he gets his feet wet as a sideline reporter.

The Cavaliers will hit the road for Game 1 of the Eastern Conference finals to face the winner of the series between the Celtics and 76ers.