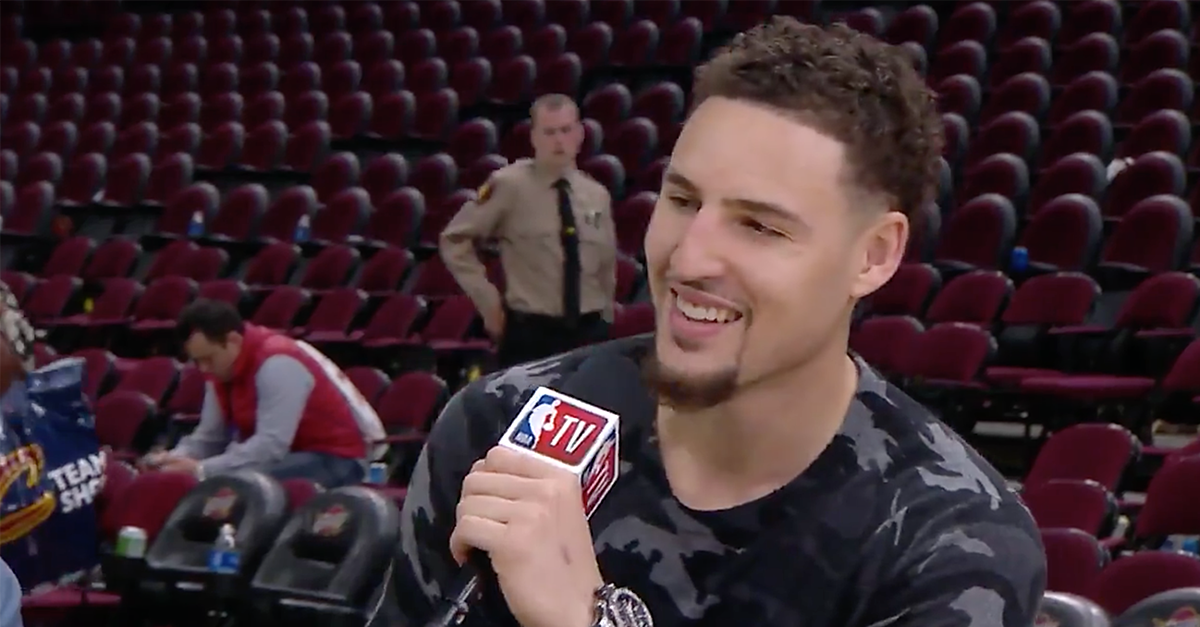 Klay Thompson was pretty honest in discussing how the Cavaliers should feel after losing Game 3 when he and Stephen Curry combined for 21 points.

The Golden State Warriors won Game 3 of the NBA Finals Wednesday 110-102 as Kevin Durant posted a playoff-career-high 43 points in the road victory.

Durant was unbelievable from start to finish and he needed to be as Stephen Curry and Klay Thompson struggled with their shots. One game after shooting 9-for-17 from three to set a Finals record, Curry went 3-for-16 overall and just 1-for-10 from deep as Thompson was just 2-for-5 on threes and 4-for-11 overall from the field.

When discussing the game and what it meant that the Warriors could build a 3-0 lead in the series with a win away from home on a night two of their All-Stars were lacking offensively, Thompson was pretty honest and a bit humerous in explaining how bad this is for the Cavaliers’s chances going forward.

Thompson said Durant gave him and two-time MVP Curry “a night off” and that it has “got to hurt” the Cavaliers when Golden State can win despite Thompson and Curry struggling.

After the game, LeBron James compared playing the Warriors to playing the New England Patriots because they won’t beat themselves.

Golden State will look to complete the first sweep in the Finals since 2007, when the Spurs took care of the Cavaliers in four games, on Friday when they play in Cleveland again. With a win in the series, the Warriors will be the first team since the Lakers in 2000-2002 to win at least three titles in four years.