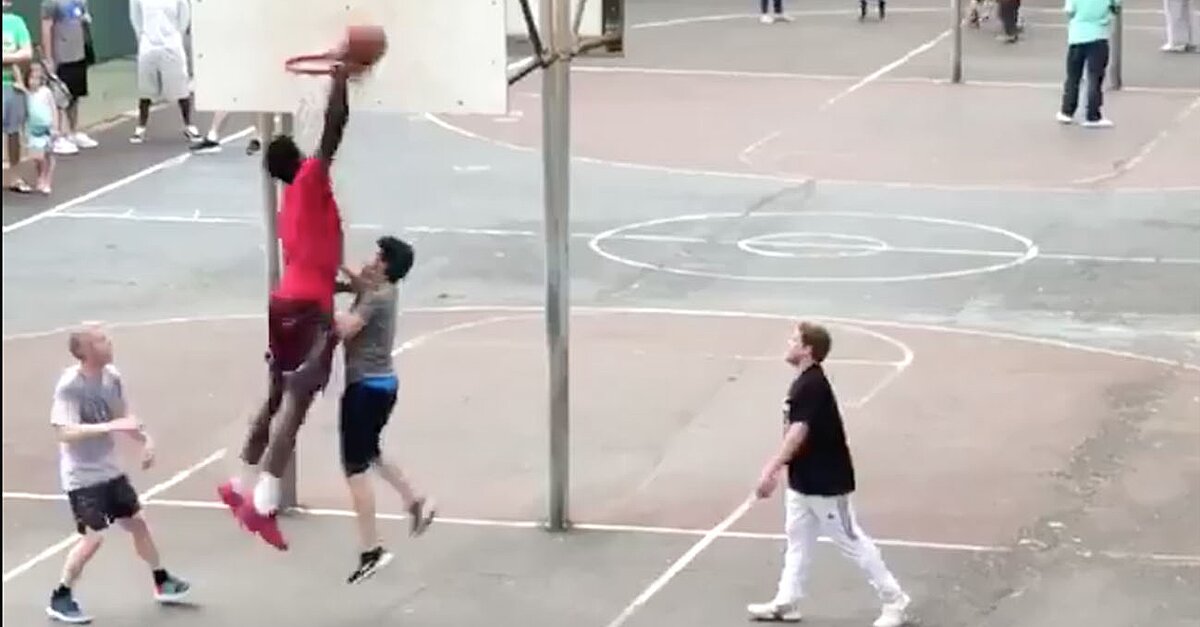 Joel Embiid’s main mission this offseason is dunking on every person he can find and Markelle Fultz is putting on a dunk contest with his friends in a gym.

Joel Embiid and Markelle Fultz got their first bit of postseason action this year, but they have been stuck on their couches just watching the playoffs since the Celtics eliminated the 76ers in five games in the second round.

Now, the two young players have time to work on their game as they prepare for another NBA season. And, they can also just take out any aggression they have from getting bounced out of the playoffs by destroying rims across the United States and posterizing any stranger who dares to step in front of them.

It all started last week with Embiid just being a bully to this backboard and human being.

It’s a good thing Embiid didn’t try that move on Russell Westbrook in the All-Star Game because there’s no guarantee it would have ended the same way.

Fultz on the other hand isn’t looking for regular-shmegular dudes to put on posters. Instead, he seems to be putting together an audition tape for the 2019 dunk contest.

No matter how you feel about The Process of Philadelphia sports, you have to be in favor of seeing these two dudes showing off these skills with this energy in a real game. Preferably, in a playoff series against the Celtics.