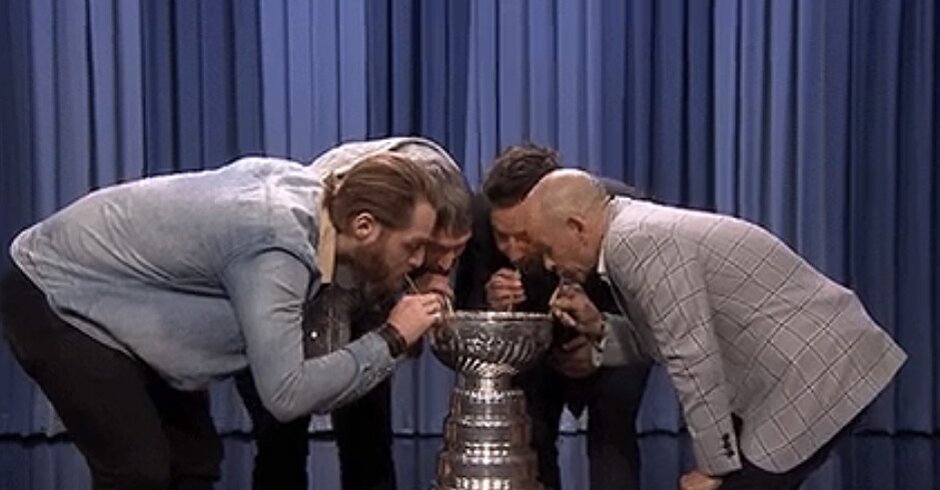 Alex Ovechkin and Braden Holtby brought the Stanley Cup to The Tonight Show and drank out of the trophy with host Jimmy Fallon.

The Capitals stars and Fallon were also joined by Mike Smith, the jockey of Saturday’s Triple Crown winner Justify.

All four men started off by drinking out of the Cup with straws before Ovechkin and Holtby lifted Fallon to do a keg stand.

The Caps partied around Washington, D.C. over the weekend and Ovechkin was seen doing a keg stand with teammates.