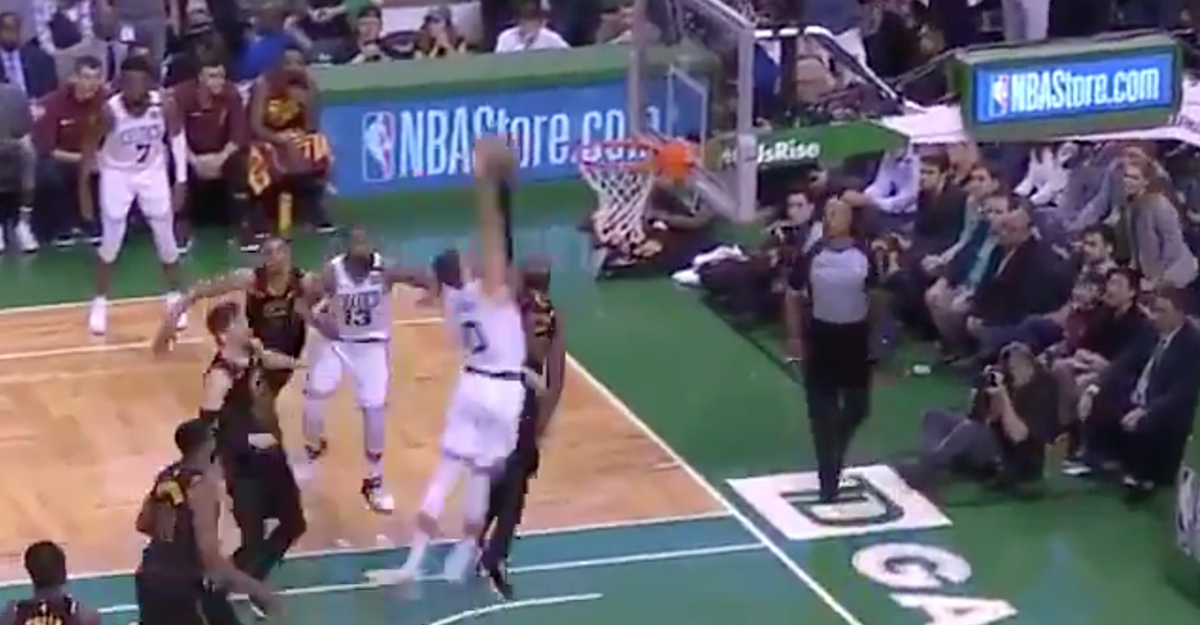 Jayson Tatum produced one of the best moments of the NBA Playoffs on Sunday as he dribbled to his left and threw down a ferocious dunk over LeBron James.

Take a look at the dunk.

With 6:49 left in the Game 7 of the Eastern Conference Finals and the Celtics down four, Tatum needed to provide a spark. And that’s just what he did.

That is just a filthy jam.

As he’s proved all season, Tatum is not afraid of anyone. His dunk decreased Celtics’ deficit to just two points as they attempted to advance to the NBA Finals.

Unfortunately for Tatum and the Celtics, James dropped 35 points, 15 rebounds and nine assists to lead the Cavaliers past Boston 87-79 for a fourth straight Finals appearance.

Dunks like these, however, just prove how bright the Celtics’ future really is.