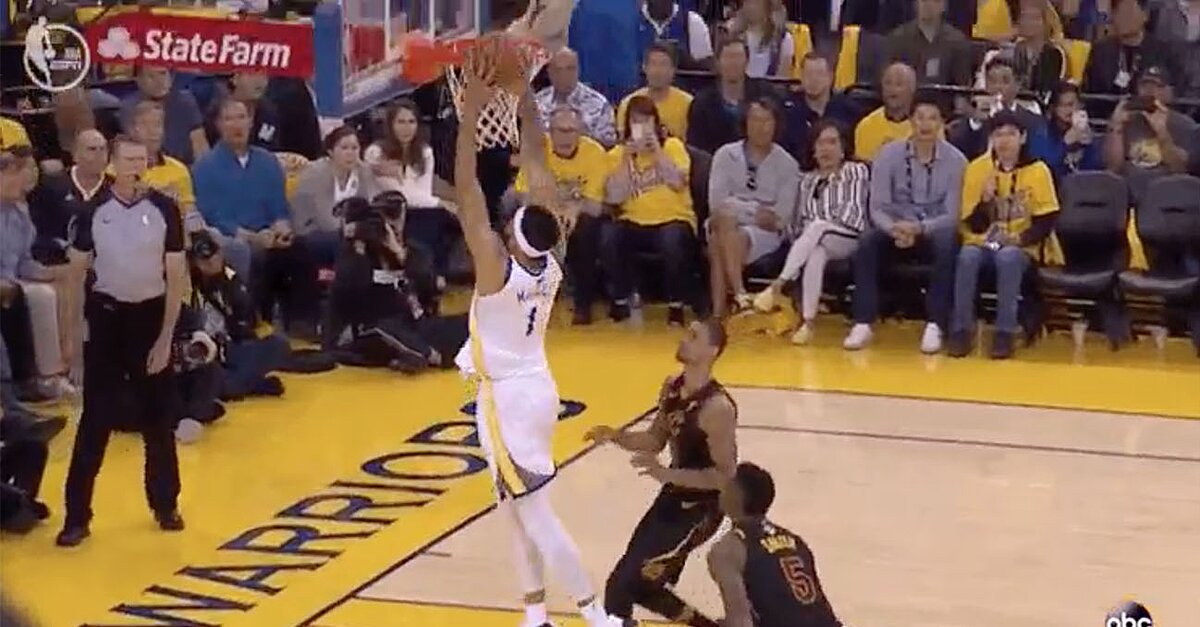 JaVale McGee will gladly forget this play as quickly as he can.

The Warriors center found himself all alone under the basket during the third quarter of Game 1 of the Finals Thursday for what appeared to be a guaranteed two points. But sometimes, even a sure thing isn’t as easy as it looks.

McGee geared himself up for a two-handed dunk that was sure to pump even more energy into the crowd at Oracle Arena as Golden State was holding a 66-61 lead. However, when it came time for McGee to put the ball in the rim, he came up a bit short.

That’s going to be a tough one to live down.