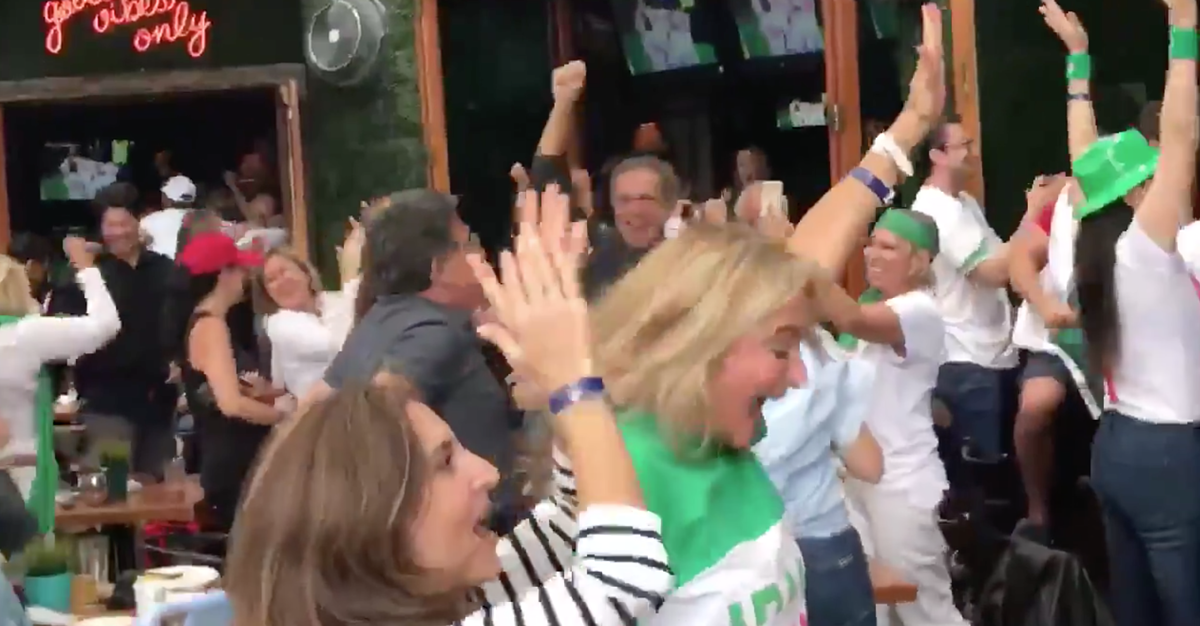 Fans from across the U.S. went crazy when Iran defeated Morocco thanks to a last-minute own goal.

Iran pulled off one of the first shocking victories of the World Cup on Friday thanks to a disastrous header in stoppage time. Until the 94th minute, the two teams were pitched in a sluggish, even-handed standoff that looked destined for a 0-0 draw.

Moroccan forward Aziz Bouhaddouz dove to clear a desperate shot on goal, and buried the header in the back of his own net. The 1-0 win was the first World Cup victory for Iran since its 2-1 win over the United States in 1998. It is only the second win for the team in World Cup history.

Despite the 11 a.m. ET kick off, Iranian supporters gathered in bars, restaurants and homes around the U.S. to follow the action. To these fans, the victory came as an unexpected, jubilant surprise.

Check out the scene as fans across the U.S. celebrated the historic moment for their home country.

Reactions from two bars in Washington, D.C. that hosted parties for Iranian fans:

Iran will play Spain on Wednesday.