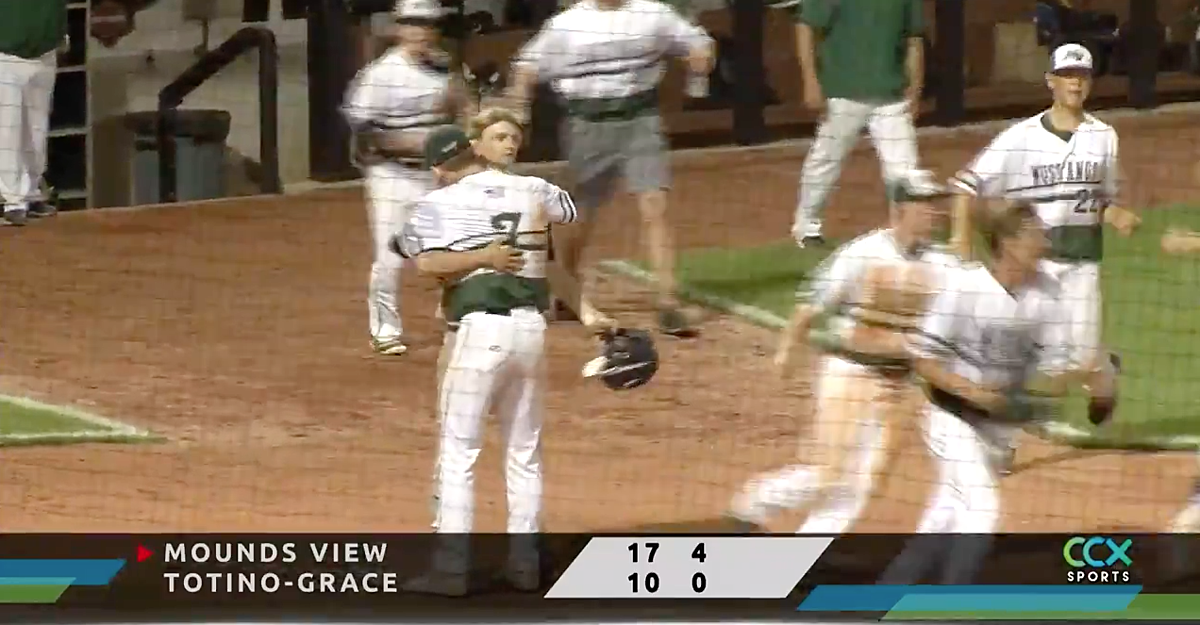 A high school pitcher in Minnesota made an admirable display of sportsmanship after striking out his friend in a sectional championship game.

Mounds View pitcher Ty Koehn struck out his close friend Jack Kocon of Totino-Grace to send Mounds View to the state championship. But as Koehn’s teammates rushed the field in celebration, he made a beeline to console Kocon.

“We are very close friends,” Koehn told Bring Me the News. “I knew him from all the way back when we were 13. We were on the same little league team. It was tough when we went to separate schools but we kept in touch.”

“I knew the game was going to keep going or it was going to end right there,” Koehn added. “I knew I had to say something. Our friendship is more important than just the silly outcome of a game. I had to make sure he knew that before we celebrated.”

Koehn and the Mustangs take on No. 2 seed Stillwater in the state Class 4A quarterfinals on Thursday.