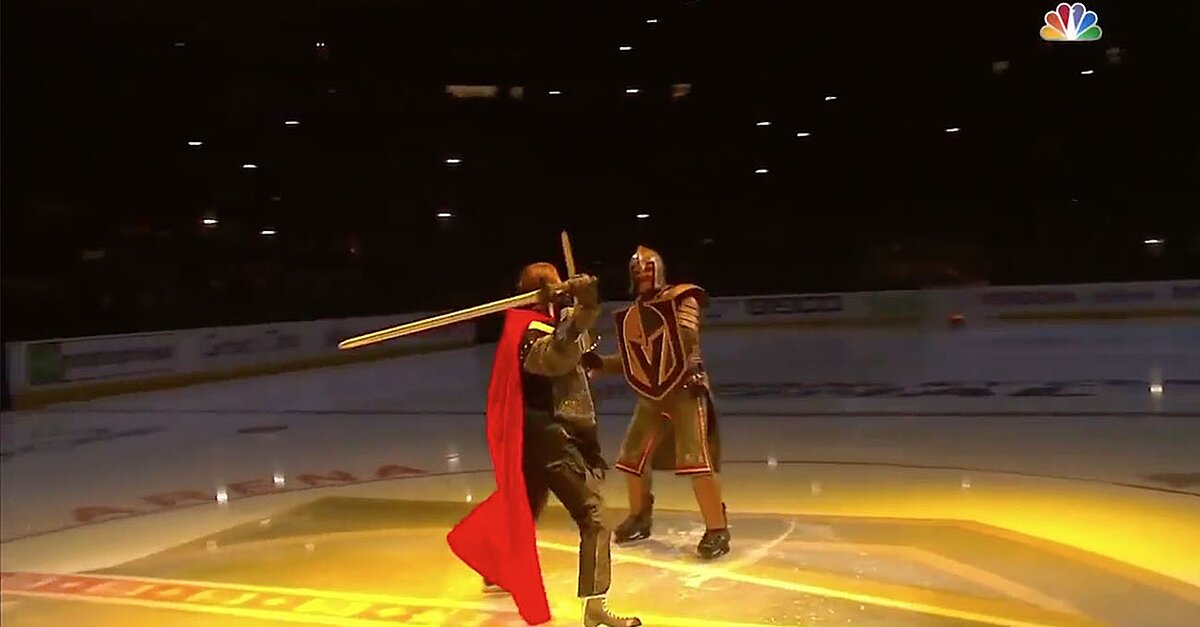 In a year, the Golden Knights have already become one of the best in the league at pre-game ceremonies.

The Golden Knights have only needed a year, but they have already established themselves as one of the best teams in the NHL when it comes to actual play, and in regard to their pre-game ceremonies.

Vegas has had some quality entertainment to help provide that last bit of pre-game hype throughout the year, such as a full-fledged ice-battle and legendary Las Vegas performer Wayne Newton.

Well, for Game 1 of the Stanley Cup Final, Vegas needed to go even bigger, and it did just that. Check out the battle scene the Golden Knights had ready to go for Monday’s Game 1 right before player introductions.

Let’s all hope this series will be as entertaining as that.