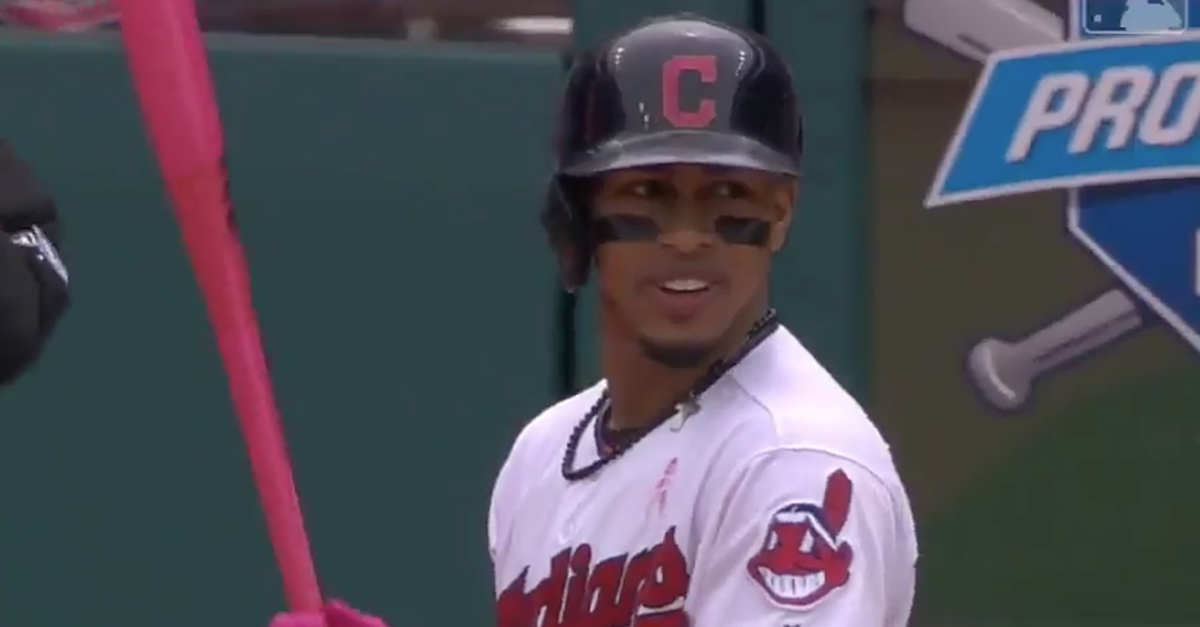 Of course, Lindor had his typical smile while exchanging helmets.

Francisco Lindor is a jokester. As he walked to home plate during the first inning of the Indians’ matchup against Kansas City on Sunday, Lindor realized he had made one crucial mistake.

Facing left-hander Danny Duffy, Lindor, a switch hitter, was batting right-handed. Only, the shortstop wore his left-handed hitting helmet, which had a protective flap on the right side.

Of course, Lindor, in typical Francisco Lindor fashion, had a huge smile while exchanging helmets with the bat boy.

“I guess everybody was screaming at me,” he said. “Everybody noticed but me. I had no idea. Once I went to the plate, I felt a little light. It comes to find out I didn’t have any ear flap on the left side of my helmet.”

“[Mike Moustakas] started screaming at me,” Lindor said. “I looked at him. He touched his ear. I thought I had my earrings on, but I had the wrong helmet and the wrong leg guard. I had everything wrong.”

Lindor ended up flying out in the at bat, but extended his 14-game hit streak later in the game.

Helmets with flaps on the side have been mandatory for batters since 1983.