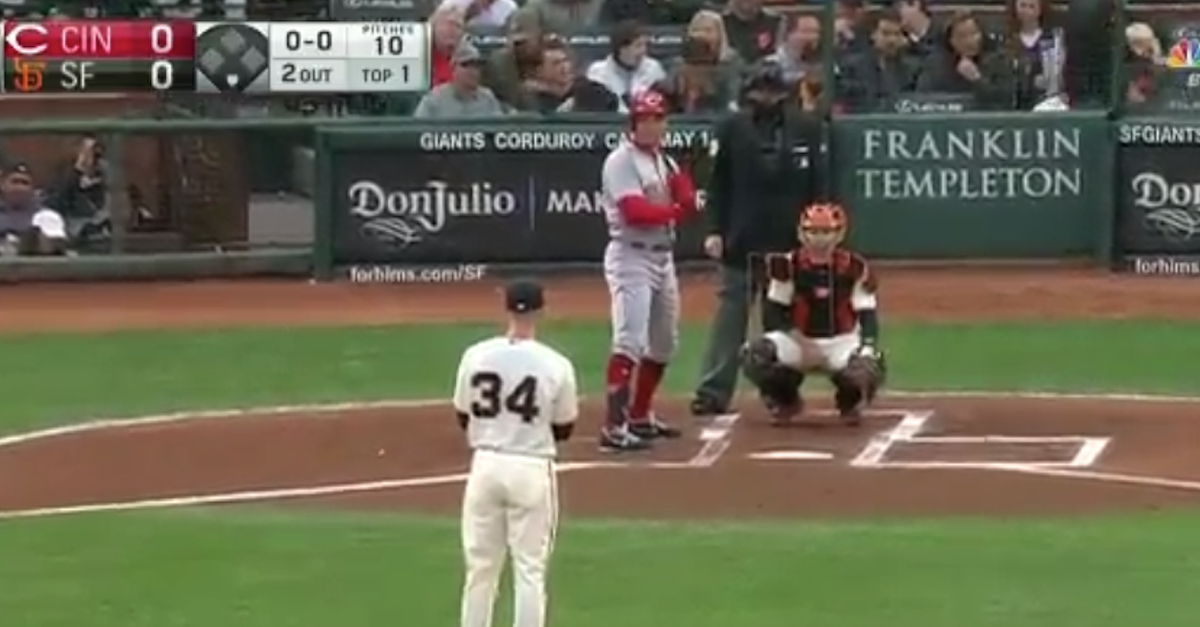 A magnitude-3.5 earthquake hit the Bay during the Giants-Reds game.

Shortly after first pitch at AT&T Park during the San Francisco Giants’s matchup with the Cincinnati Reds, a magnitude-3.5 earthquake hit the Bay Area.

As Reds first baseman Joey Votto took his first cuts with two outs in the top of the first inning, the NBC Sports Bay Area broadcast camera shook for about three seconds.

The quake hit at 7:18 p.m. and all trains in the BART system were stopped for 10 minutes for damage inspection.

Game play did not stop, but its safe to say people at the park felt it. Even Oakland Raiders quarterback Derek Carr admitted it.