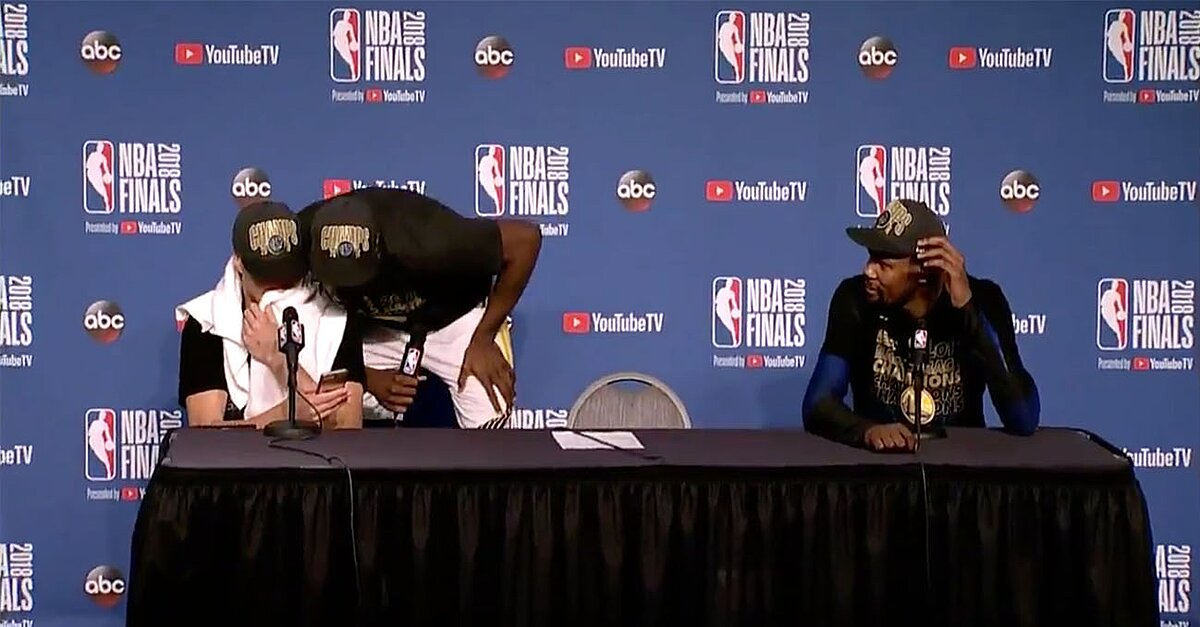 The whole world already knows the Warriors have won three titles in four years. Including Wikipedia.

In case you didn’t know, the Golden State Warriors won the 2018 NBA Finals. It was their third title in four years and their second consecutive championship.

It was the biggest thing going on in sports Friday night and a good amount of the world was tuned in.

Game 4 was 108-85 blowout and the contest naturally game the entire internet time to get ready for accepting another Golden State champion.

For some reason though, Draymond Green was not expecting players’ Wikipedia pages to be updated by the time he was at the postgame press conference, so he was pretty excited seeing Klay Thompson Google his name.

The internet doesn’t need much time to do anything.