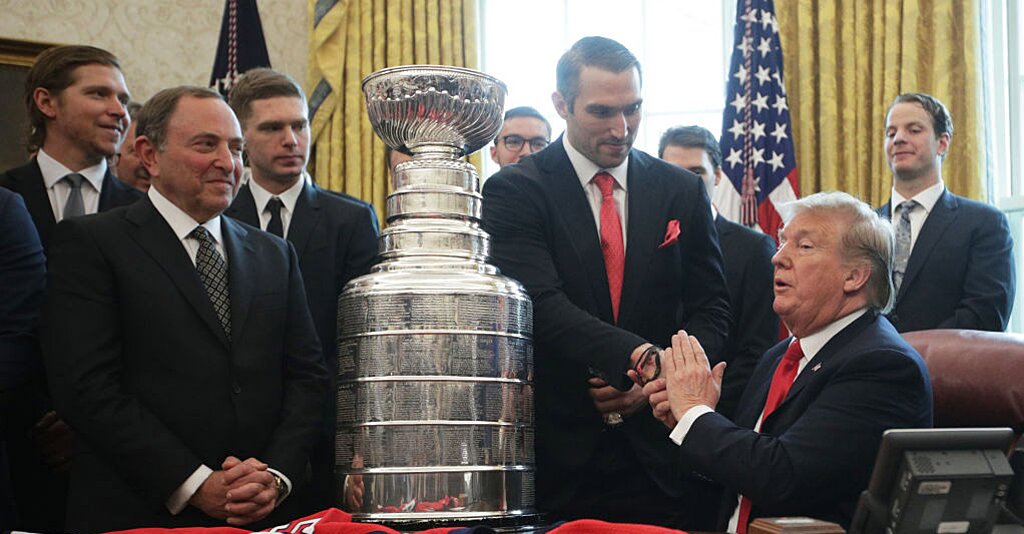 Trump said it was “a great honor” to host the reigning Stanley Cup winners.

“This is a great honor for me,” Trump said, “because I’m a hockey fan, I’m a Capitals fan…”

(This somewhat answers a question that went unanswered during an April 2017 press conference where Canadian reporter Richard Latendresse asked then-White House press secretary Sean Spicer if President Trump was rooting for the Rangers or Capitals during the NHL Playoffs that year. Trump once tweeted about the Rangers in 2015.)

It does not appear that the Capitals were treated to the fast food feasts that the Clemson Tigers and North Dakota State were brought during their visits, but Alex Ovechkin & Co. appeared entertained enough.

Washington, currently first place in the Metropolitan division, will have a chance to defend their title when the Stanley Cup playoffs start on April 9.