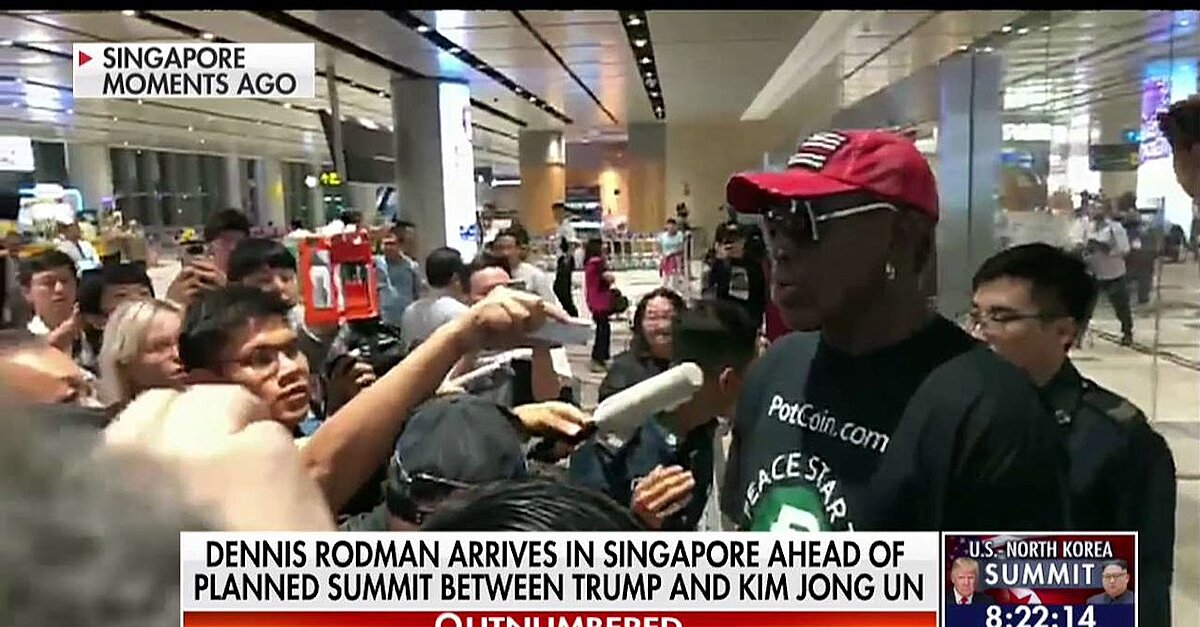 The former Bulls star is in the city for the summit between Kim Jong Un and Donald Trump.

Rodman announced he would be in Singapore for the summit last week, saying he will “be flying to Singapore for the historical Summit. I’ll give whatever support is needed to my friends, President (Donald) Trump and Marshall Kim Jong Un.”

Watch his arrival below.

Trump is scheduled to sit down with the North Korean leader on June 12.

White House stated Rodman will play no official role in the diplomatic negotiations. Trump also added that Rodman had not been invited to the summit.

The 6-foot-7 former basketball player has struck up a friendship with the 5-foot-7 Kim and visited him five times. Rodman told TMZ that he gave Kim a copy of Trump’s book “The Art of the Deal” for his birthday in 2017.