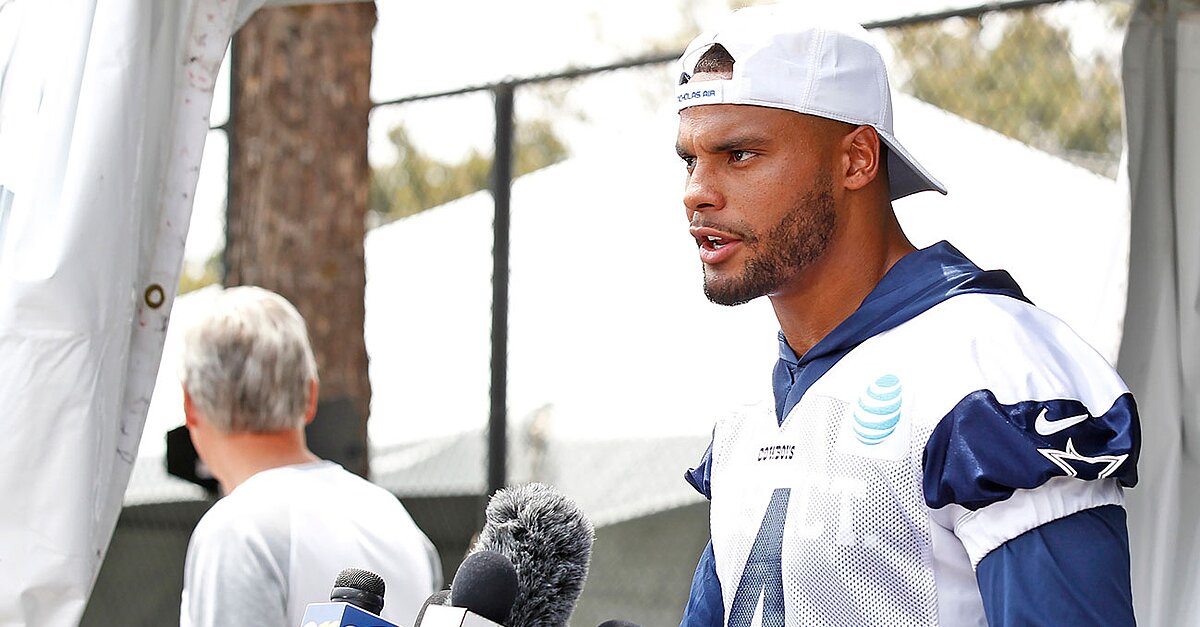 The quarterback will stand for the national anthem, adding that NFL games are not “the time or venue” to protest.

Cowboys quarterback Dak Prescott addressed the media at training camp for the first time Friday morning where he spoke about the NFL national anthem protests. Prescott said he doesn’t think that NFL games are the right venue for social injustice protests and added that they take away from the game for both players and fans.

“I never protest during the anthem and I don’t think that’s the time or venue to do so,” Prescott said. “The game of football has always brought me such at peace and I think it does the same for a lot of people playing the game, watching the game and a lot of people that have any impact of the game. So when you bring such a controversy to the stadium, to the field, to the game … it takes away. It takes away from the joy and to the love that football brings a lot of people.”

Prescott added that kneeling during the national anthem was about raising awareness. Now that awareness has been raised and “we know there is social injustice,” Prescott wants to make a difference by taking the next step.

“I’m up for taking a next step whatever the step may be for action and not just kneeling,” he said. “I’ve always believed to stand up for what I believe in and that’s what I’m going to continue to do.”

The statement came after Cowboys owner Jerry Jones and EVP Stephen Jones both made clear that Cowboys players are to stand during the anthem if they want to remain on the roster.

Prescott clarified that these statements had no impact on his opinion of the protests.

“I do exactly what I’m doing and what I stand by whether I was wearing the star or not, whether I was playing for Jerry Jones, Stephen Jones or any other owner,” Prescott said. “I believe in what I believe in and that’s that.”

Prescott’s statements come amid continued anthem policy debate. The NFL and NFLPA released a joint statement Friday, saying that they are encouraged by the discussions about the protest and plan to continue policy conversations.

This comes on the heels of an earlier joint statement in which the NFL and NFLPA had announced a standstill between the two parties and noted that no new rules would be issued during the ongoing conversations.