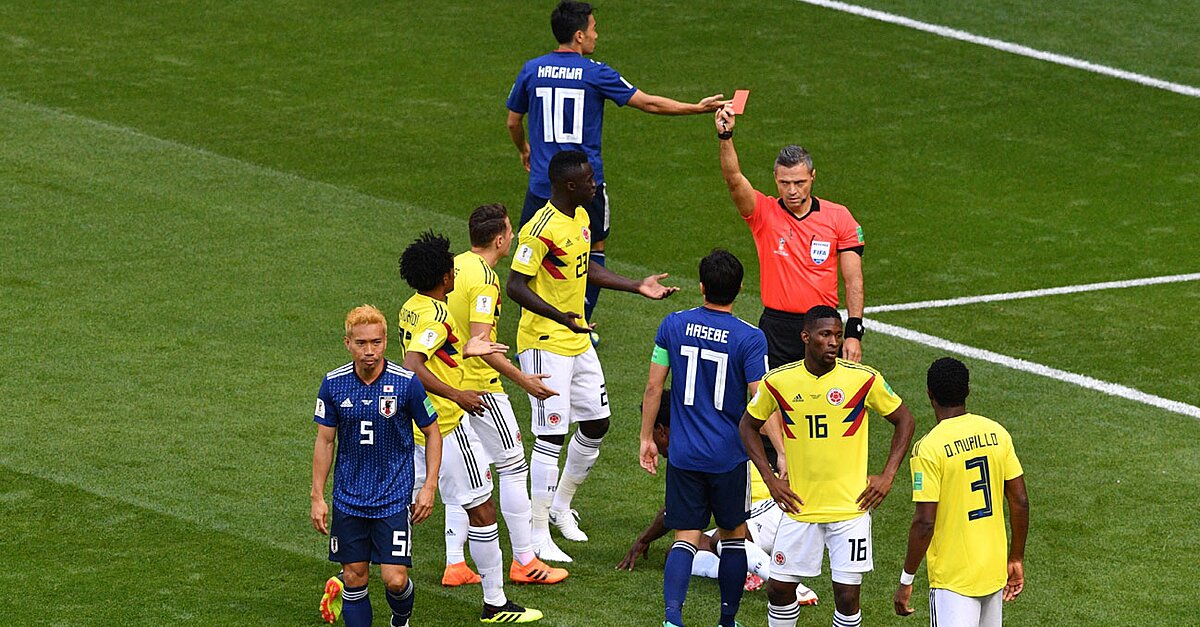 The midfielder was given his marching orders not even three minutes into Colombia’s World Cup opener against Japan.

There are bad ways to start a World Cup, but Colombia’s Carlos Sanchez reached nearly unprecedented ground in experiencing one.

The midfielder was sent off less than three minutes into Colombia’s World Cup opener against Japan on Tuesday for an intentional handball that denied a goal-scoring opportunity. The play came after goalkeeper David Ospina had made a crucial early save, only to be out of position for the rebound. Shinji Kagawa was first to it and fired on goal, only for Sanchez to extend his arm to block the shot.

The red card was the second-fastest in World Cup history, according to Opta.

Referee Damir Skomina wasted little time in brandishing the red card, and Kagawa went on to convert the penalty kick, giving Japan a dream start in a balanced Group H.

For Colombia, it reduced the team to 10 men for the duration of the game and means that Sanchez will be ruled out of its second group game, against Poland on Sunday.