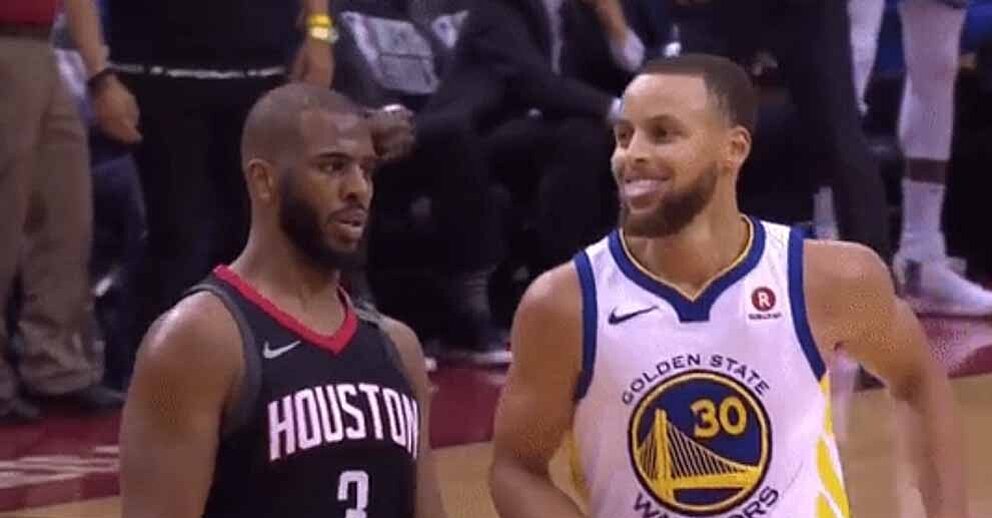 Chris Paul shimmied in Stephen Curry’s face after hitting a big three during Game 5 of the Western Conference finals between the Rockets and Warriors.

Paul had been having a bad game up until the shot in the third quarter. He hit the three over Curry’s head as the shot clock was winding down.

The point guard reacted with a shimmy as Curry ran by him. Curry saw Paul’s moves and smiled.