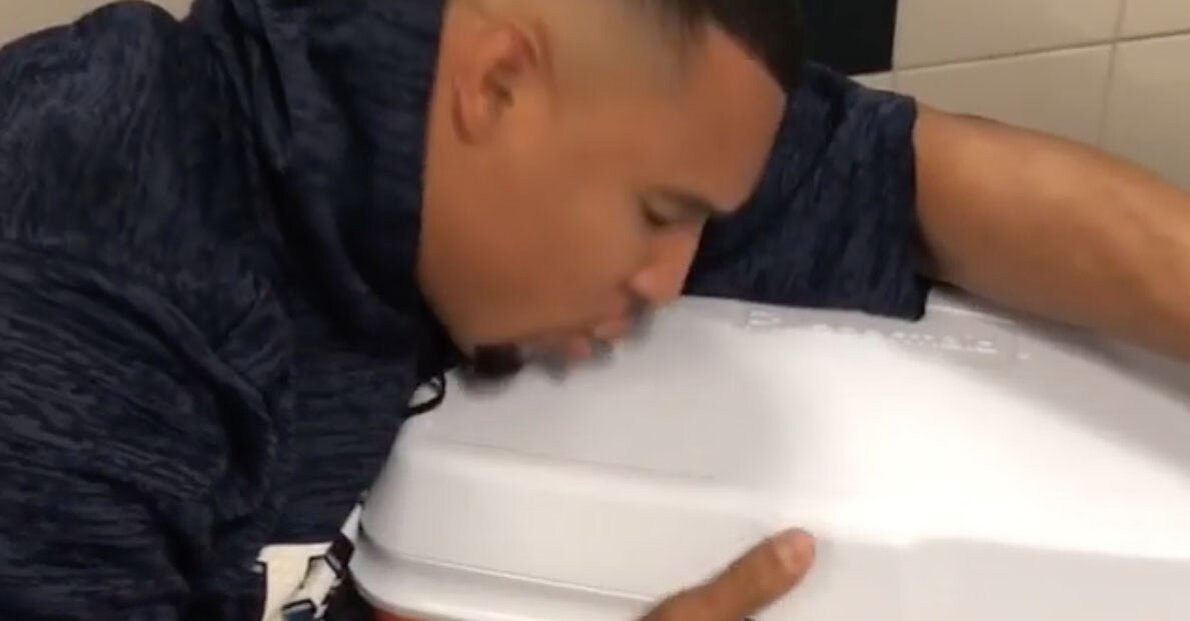 Carlos Gomez has nothing but love for water coolers all across the globe right now.

Carlos Gomez wants to make sure there is no longstanding resentment between himself the water coolers he caused trouble with on Wednesday.

The Rays outfielder got a wee bit upset after striking out in his first at-bat on Independence Day and decided to take that aggression out on a pair of water coolers inside the dugout.

Watching the two-time All-Star take hacks at one cooler with his bat before eventually uppercutting another provided great entertainment, but it was also a horrible example for people who need to work on their anger management in high-stress situations.

Well, Gomez realized the error of his ways and before Friday’s game against the Mets, he apologized and reconciled with the cooler.

It probably wasn’t the cooler he swung on on Wednesday, but a cooler is a cooler.

Hopefully Gomez didn’t relapse and smash up another cooler out of anger after Jose Bautista hit his first career walk-off home run to hand the Rays their second straight loss.