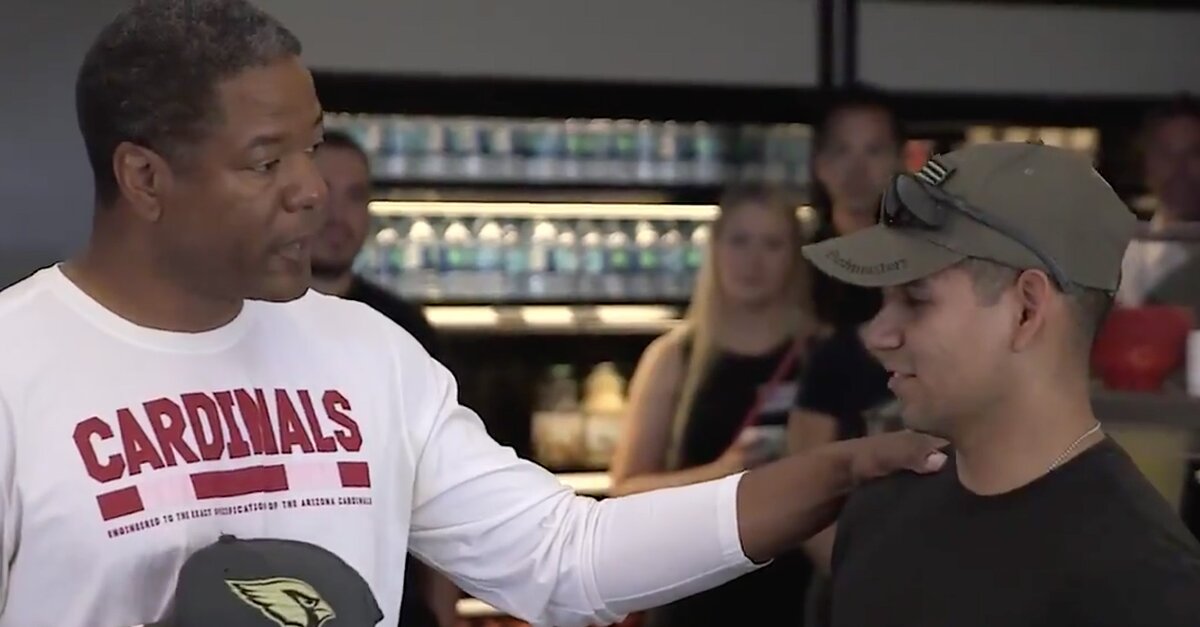 The team thanked Leo Longoria for his service in the National Guard.

The Cardinals took time to surprise a kitchen staff member on his final day before being deployed.

Leo Longoria, a member of the Cardinals’ kitchen staff and the Arizona Army National Guard, thought he was coming to work to say goodbye to his co-workers. Instead, Longoria was greeted by the entire Cardinals team and head coach Steve Wilks. They chanted “Leo” as he walked out of the kitchen astonished by the team gathered in the cafeteria.

Wilks wanted the team to take time to thank Longoria for his service and wish him well before his deployment.

Wilks also told Longoria that his job with the Cardinals will be waiting for him when he returns.

“It shows that I have a caring place where I work and that’s amazing,” Longoria said when asked what the team’s visit meant to him. “Having seen all the guys out there and going through all that, that was awesome. It warmed my heart.”