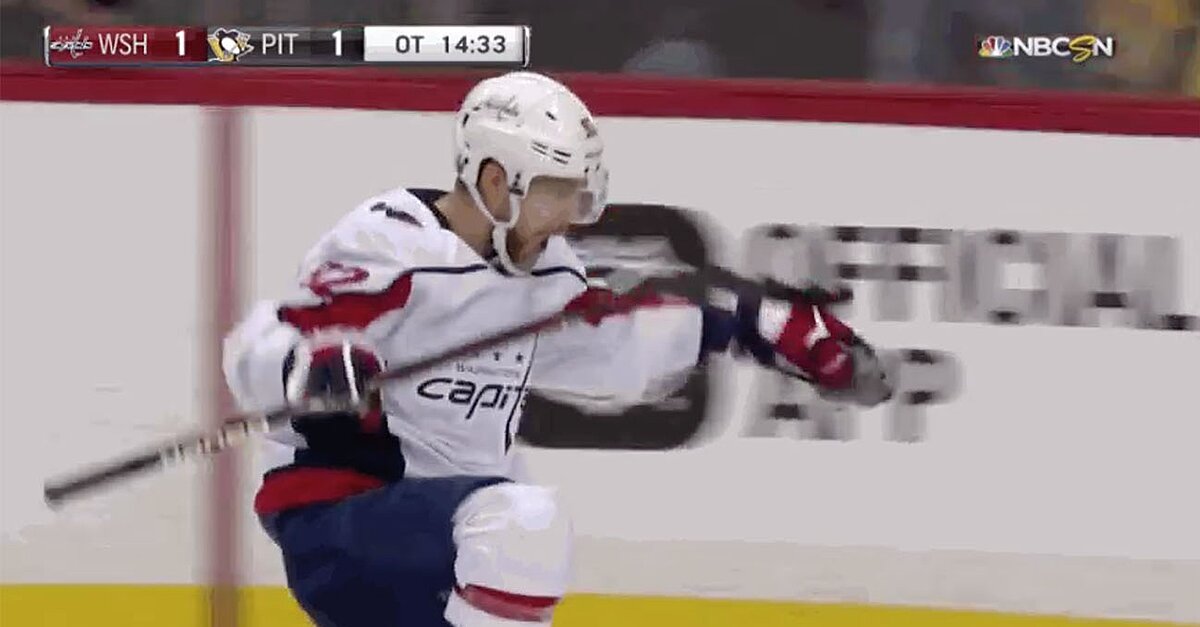 The Capitals got past the second round and Twitter is so happy for them.

It has been a long time since the Washington Capitals played in the Eastern Conference Finals. It was 1998 when they got all the way to the Stanley Cup Finals and were swept by the Red Wings.

Flash forward 20 years, and no team from Washington D.C. had been back to its conference finals or league championship series since. So when Evgeny Kuznetsov found the back of the net in Monday’s Game 6 against the Penguins to clinch the series with an overtime win, naturally everyone went wild.

The team’s each scored one goal in the second period, but it was tied 1-1 throughout the third. Then, just more than five minutes into overtime, Kuznetsov delivered on a breakaway to lift Washington past the team that ended its season each of the past two years at this point.

Of course, Kuznetsov was not the only one excited about the Capitals finally getting over this hump.

Although, others would rather focus on how long it has been since the Capitals advanced this far.

The Capitals will face the Lightning in the conference finals.