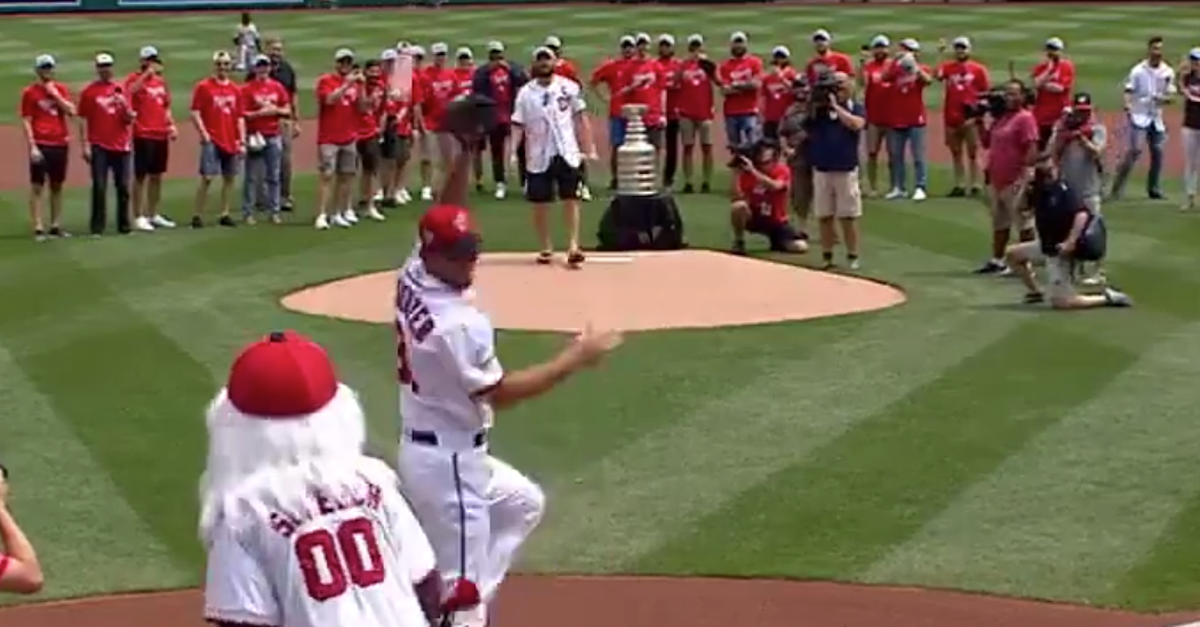 Luckily for him, Ovechkin was able to get another try at the pitch.

If you bring the Washington Capitals their first ever Stanley Cup trophy, you can pretty much do whatever you want.

So, when Capitals star Alex Ovechkin threw the first pitch at Saturday’s Nationals game way over Max Scherzer’s head, not many people were resisting giving him another try.

Ovechkin, to his credit, took his fail well and threw a second pitch right into Scherzer’s glove.

Watch the full video below.

Ovechkin was also seen holding the Stanley Cup in the middle of the game.

The Capitals defeated the Vegas Golden Knights in five games to win the Stanley Cup title on Thursday.

Ovechkin received the Conn Smythe Trophy, awarded to the most valuable player during the playoffs.

Now that the Caps have done their job, the Nationals will look to bring another title to D.C.