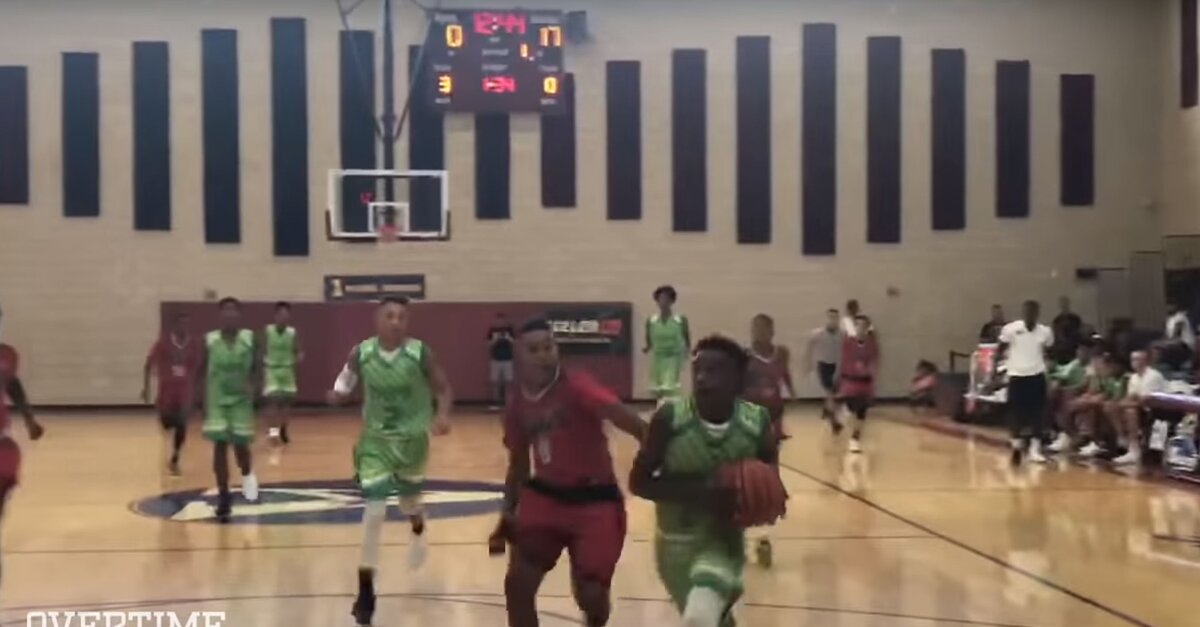 LeBron James Jr. and the North Coast Blue Chips never got to tip off thanks to a security concerns.

LeBron James Jr. and the North Coast Blue Chips had an eventful Wednesday.

The 13-year-old son of the NBA’s best player and his AAU team were scheduled to take part in a pair of games in Las Vegas.

The first contest was part of the Las Vegas Classic and it saw the Blue Chips pick up a commanding victory in the presence of LeBron James, Chris Paul and Tryonn Lue.

There was a ton of stifling defense that created plenty of turnovers and even more fast breaks for Bronny and the squad as they picked up an impressive 66-18 win.

You can see an extend highlight of this game above courtesy of Overtime.

The Blue Chips were supposed to take part in another game on Wednesday that was part of the MADE Hoops Summer Showcase and was scheduled to be a matchup against the Chicago-based team Meanstreats.

According to Sam Gordon of the Las Vegas Review-Journal, about 150 people, including the elder James, were in attendance at Liberty High School to see the game. The game was supposed to take place in an auxiliary gym at 9:30 p.m. local time, but it never got started.

Because the gym was so crowded, some parents of players on Meanstreets were unable to get inside to see the contest, according to Pete Thamel of Yahoo Sports. A parent who was already inside the gym tried to explain the scenario, but from there, security got involved, and it led to a confrontation that shut down the game. Both teams had cleared the floor about 20 minutes before tip-off and event organizers then spent about 30 minutes refunding the $15 admission to patrons who did not get to see the game.