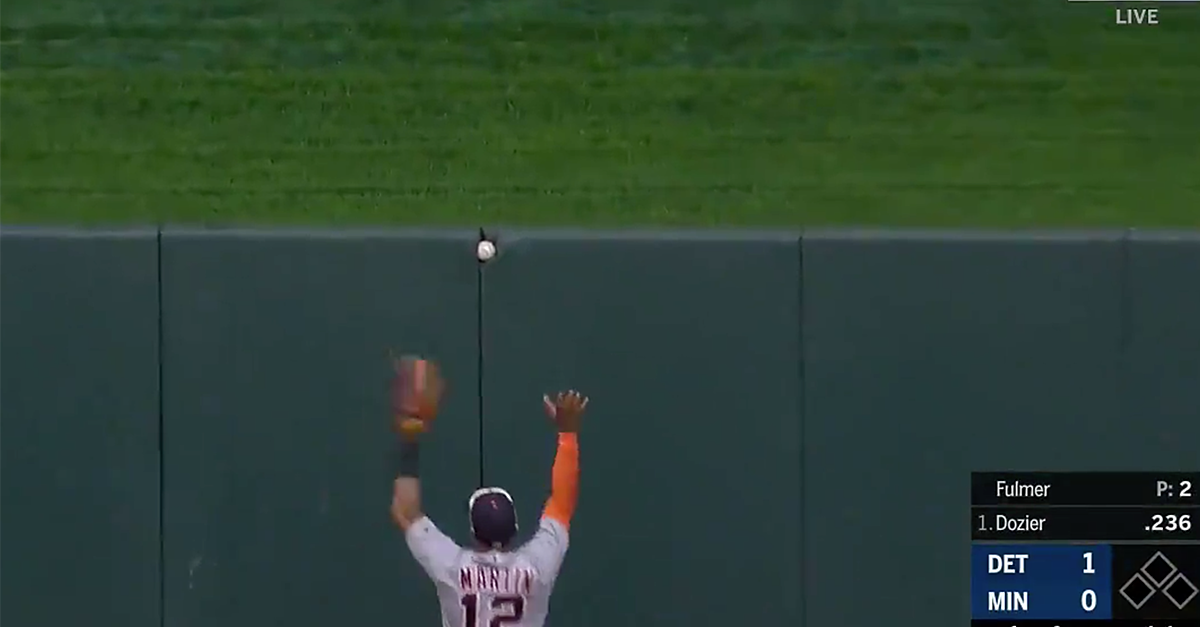 Umpires ruled it a ground-rule double, and Brian Dozier later scored on an Eddie Rosario single.

Minnesota Twins second baseman Brian Dozier just missed a home run when his hit landed atop the center-field wall at Target Field on Wednesday against the Detroit Tigers.

Dozier’s hit came in the bottom of the first inning with the Twins down 1–0. Umpires ruled it a ground-rule double and Dozier went on to score on an Eddie Rosario single.

Dozier seems to be becoming a pro at hitting into sticky situations. He hit a ball in 2016 that ended up in the left-field wall but it wasn’t as obvious as Wednesday’s landing.

Dozier has seven home runs and is batting .238 this season. The Twins are 21–24 on the season and sit just 1 1/2 games behind the Cleveland Indians for first place in the American League Central division.