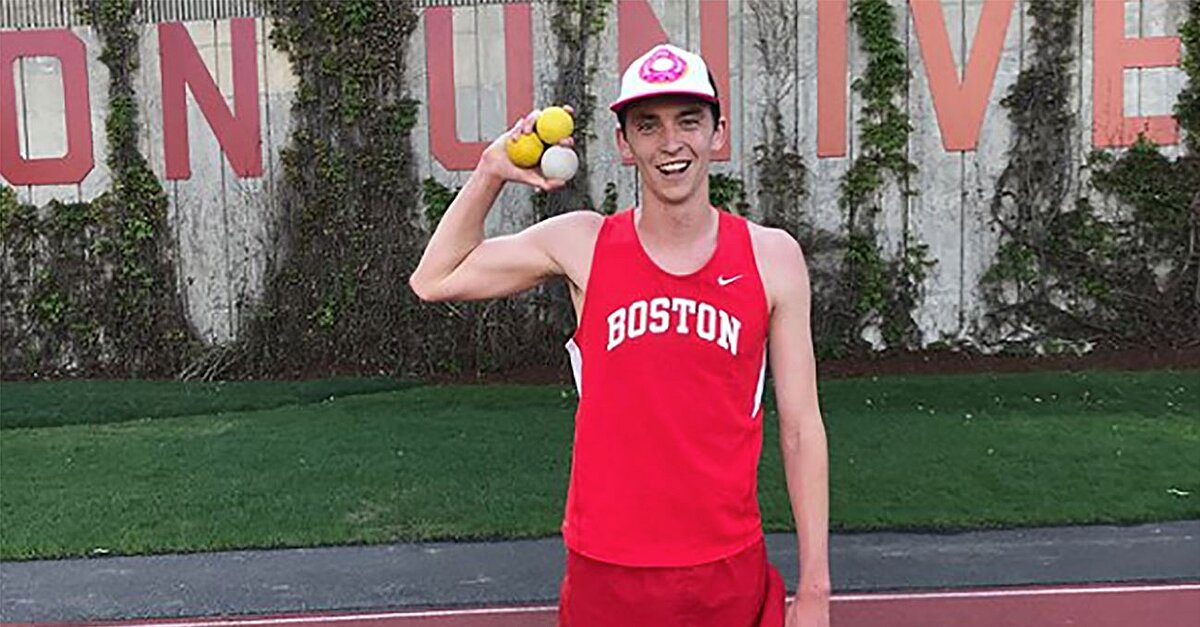 Boston University student Zach Prescott ran a 4:43.2 mile while juggling three balls to break a record that has stood for 32 years. The previous record of 4:43.80 was run by American Kirk Swenson in 1986.

Prescott runs for Boston University’s track team and decided to give the record a shot on Monday afternoon. According to Ian Anderson on Twitter, Prescott ran a 69-second first lap and then hit the 800 meter mark in 2:21 before dropping the balls about 1,050 meters in. Prescott took a few minutes to rest and then reset for a second attempt.

In the second attempt, Prescott ran 71 seconds for the first lap and then crossed the 800-meter mark in 2:21 again. Anderson reports there were three timers and Prescott was clocked at 4:43.2.

The feat by Prescott earned praise from Michal Kapral, who has run a Guinness World record for fastest “joggling” marathon in 2:50:12.

“The previous 3-ball joggling mile world record of 4:43.8 by Kirk Swenson in 1986 was one of the toughest joggling records in the books, so this is a huge achievement by @zacharyprescot1,” Kapral tweeted.